Goni open but not extending

A few weeks ago I bought a reasonably priced goniopora frag from my LFS. I checked for pests, did a bayer's treatment, and put it in the tank. Over a two day period of time it slowly started to put polyps out, just a little, but they were extending. Its worth noting that while the polyps were not opening, just extending a little. I felt like it was only about 1/3-1/4 as much as I saw at my LFS so after about a week I moved it to a spot with lower light. It was getting ~170, it now gets ~100 PAR. This area has slightly more flow, but nothing drastic. The duncan and framer in this area sway gently. Relatively quickly (within a day or two) the polyps began to really open up, however, they're still not extending much. Jump one more week in time, and the sweeper tentacles are fully extended, all polyps are open, but still other than the sweepers, the rest aren't really extending. Again, I don't think the flow is an issue, because the sweepers just sway gently in the current. Any ideas?

I'm not finding an other examples of this situation online. I'm sure they're there, I just haven't managed to find them. 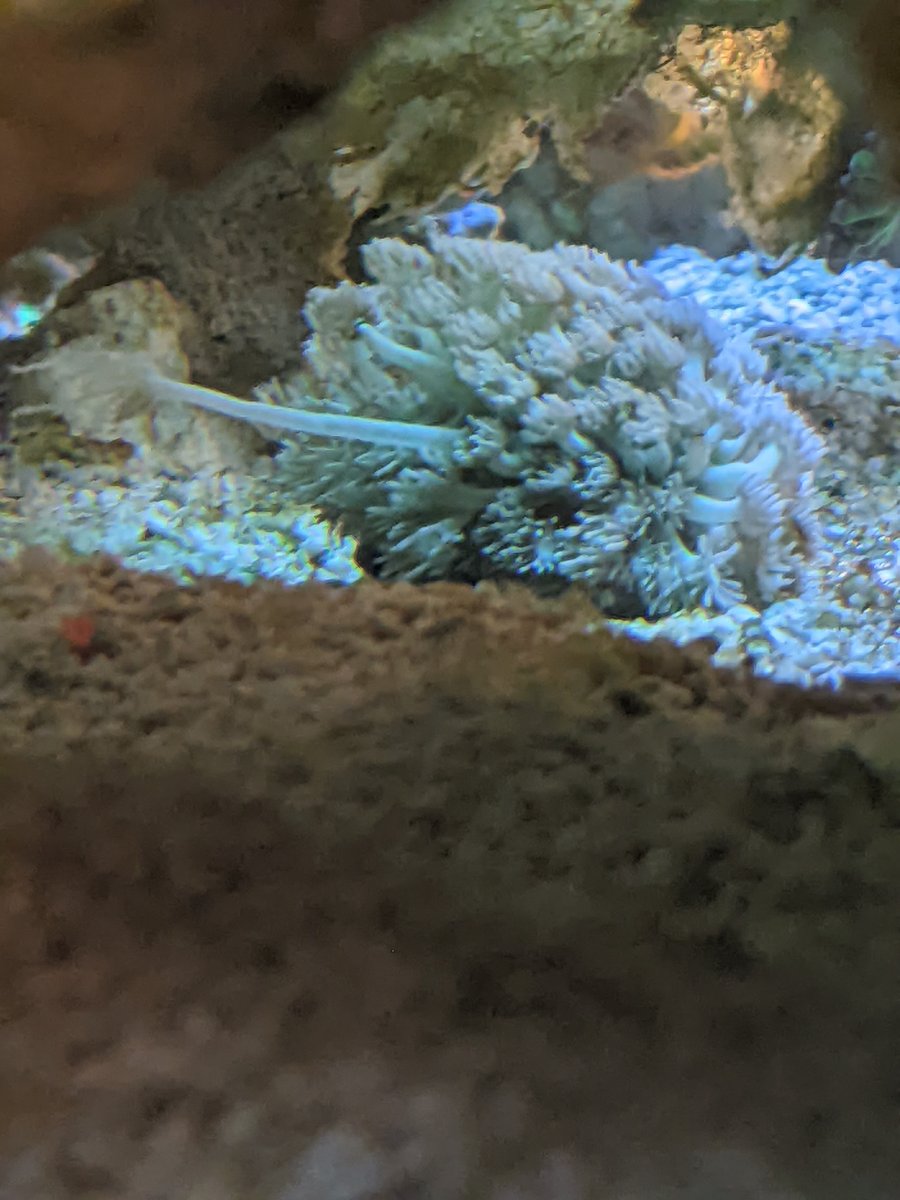 They take longer than other corals to get used to a tank. My first one was completely closed for about 3 months then slowly started opening. I would say medium light medium flow.

Make sure you give it plenty of room away from your other corals. It will put sweepers out if it feels threatened of space.
OP

To update on this, it absolutely seemed to simply need a little more time. I'm sure the dino outbreak taking place currently isn't helping either though. In either case, the goni has opened up significantly! I feel much more confident that its going to thrive in the tank!

My hammer is not extending anymore.

Torch polyps not extended and fat?