1) My lone peppermint shrimp (from Florida so it should be Lysmata wurdemanni) looks to be holding eggs. She's never done this before. So I used my Google-fu and found that they are proandrous hermaphrodites. They all start out as male and them become hermaphrodites (and maybe then become females???). My question - is this species self fertile? I have no plans to try to raise the fry, I'm just curious. 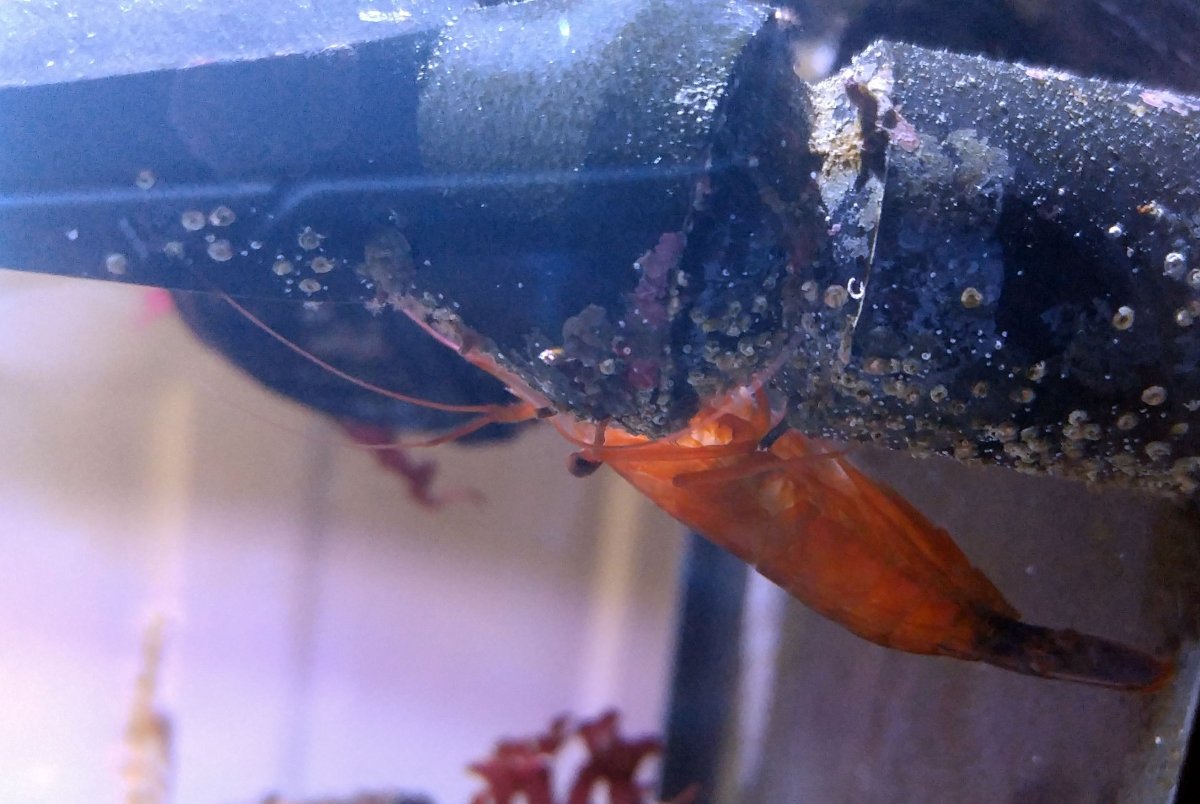 2) I was watching my nano tank yesterday and counted my sexy shrimp - 1, 2, 3 females and 1, 2 males. Wait, what? I originally bought five but one disappeared shortly after arrival. This was in late summer or fall of 2017. Between then and now it's been 3 female and 1 male. Could that other male really have been hiding that long (or, more accurately, could I have missed one male consistently for over a year)? Or could an egg hatch and the fry manage to survive long enough to become an adult in a display tank? It's a mystery.

Chances are they wouldn't make it. Most likely eaten.

Its a shrimp that has had some success in captive breeding. But given their larval size and how often they molt during that stage and the fine foods they eat are not like breeding neocarolinas. But not quite as complicated as amano shrimp.

Did my peppermint shrimp leave babies behind?