I got this tank wet one year ago so I guess it's time to start a build thread ...

This is my Reef Savvy 180 gallon tank, with a custom stand by Benner's Woodworking. Here is a shot just after I filled it up last year 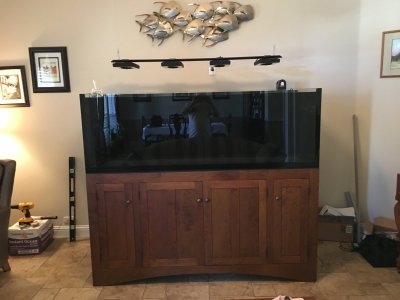 And a couple of quick shots inside the cabinet 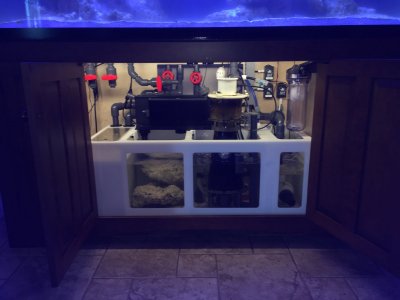 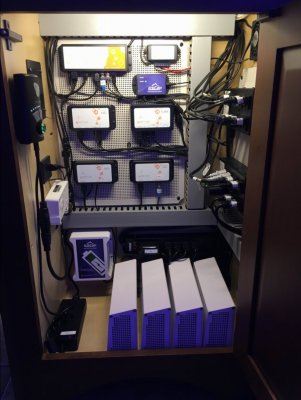 Shortly after I had the tank cycled a local tank was having an emergency shutdown and I had the opportunity to pick up some established fish. My wife loves yellow tangs and I was able to pick up a pair along with a large gem tang and a bandit angelfish. These fish already knew each other and were getting along, so I could not pass it up. But, having started the tank with dry rock, it was really too much bioload too fast and I spent the next ten months fighting waves of cyano and dinoflagellates. The tank has finally rounded the corner and I am starting to populate it with mainly acropora from my growout frag tank (67 gallon planet aquariums tank)

Here's a FTS from a couple of weeks ago: 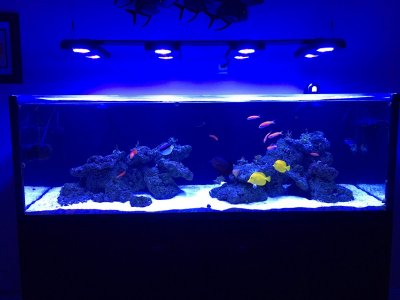 Here's a quick shot of the growout tank holding all the goodies destined for the DT. Everything gets dipped before going into growout. Then clipped and dipped again before going in DT. 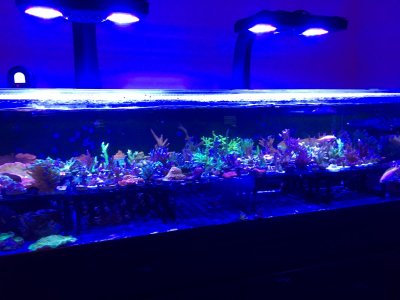 Finally, for grins, here's Mr. Bandit checking out a few transfers from the growout. I have a bet with @FarmerTy that Mr. Bandit won't eat the tester acan. The first week looked good, but truthfully the last couple of days seem a little iffy. Ty may win this one ... 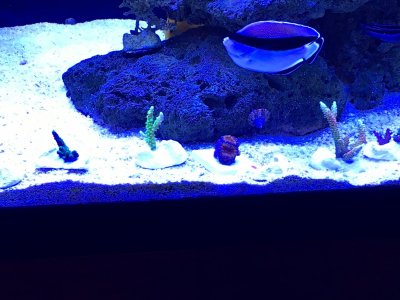 Thank you! I love the systems I've seen that look well engineered, so tried my best to achieve that

Well mission accomplished. I always think I'll do that but I have a lot of space behind my tank so it never happens
OP

Thought it would be fun to take a side shot of the frag tank today. I feel like its doing well overall. 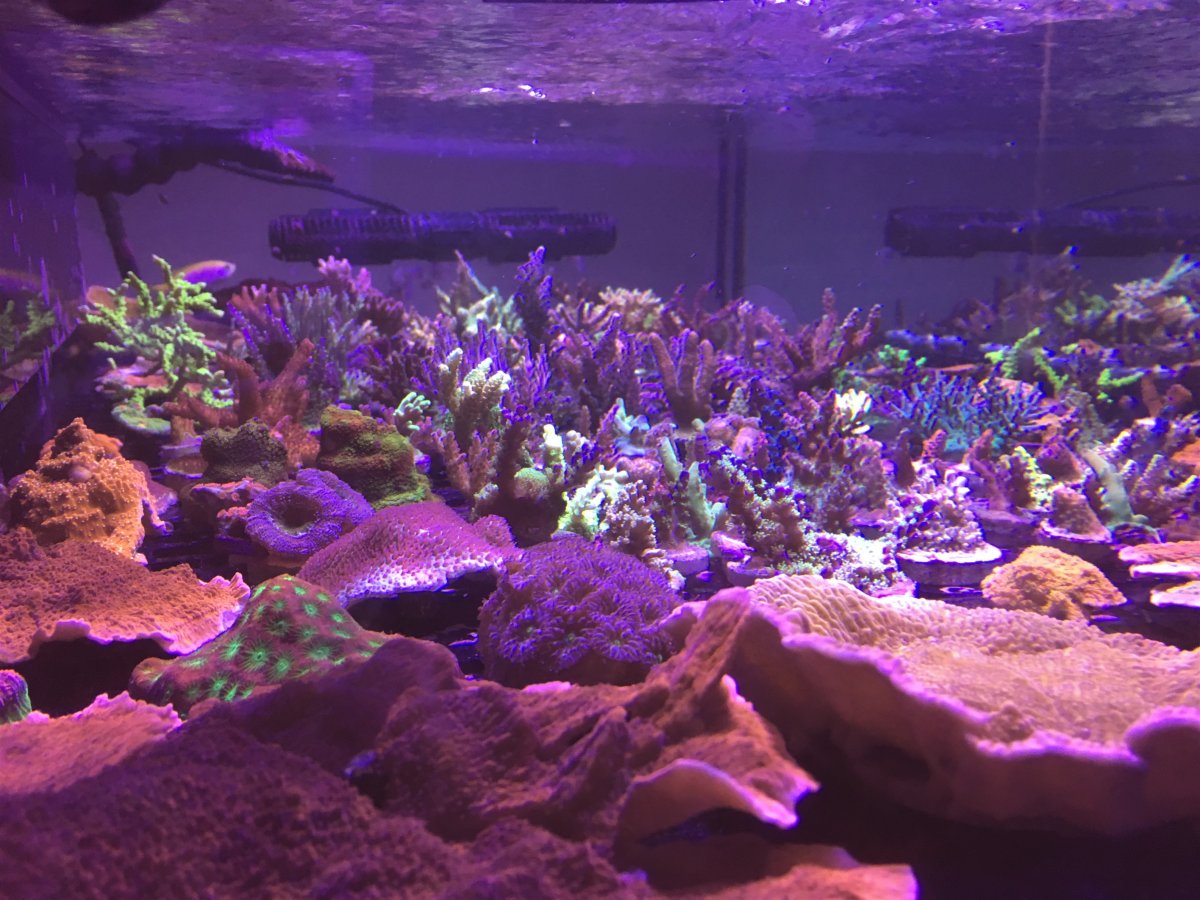 I finally got a real camera and took some shots from the frag tank. Most of these are ready to graduate to the display (some already have) 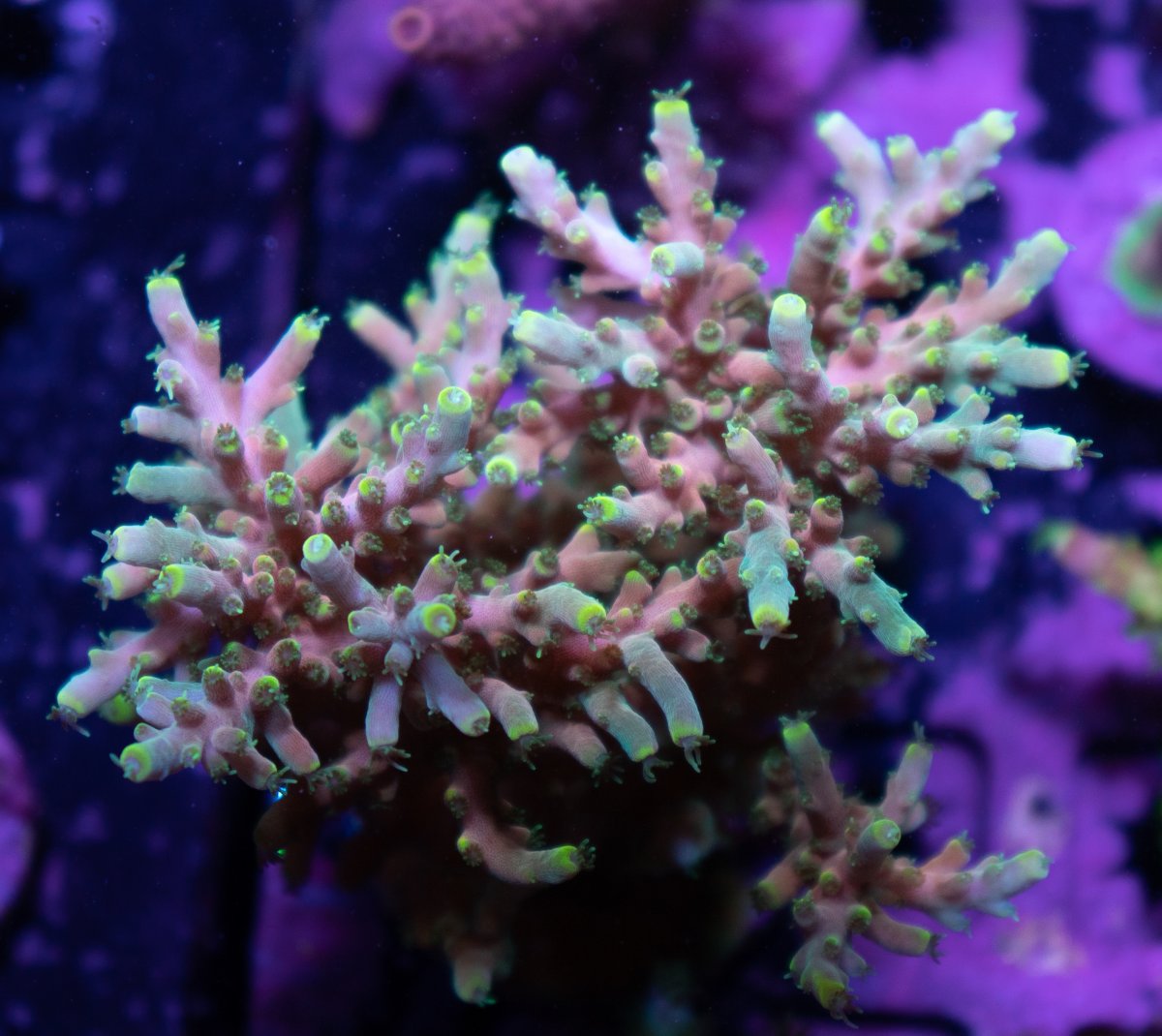 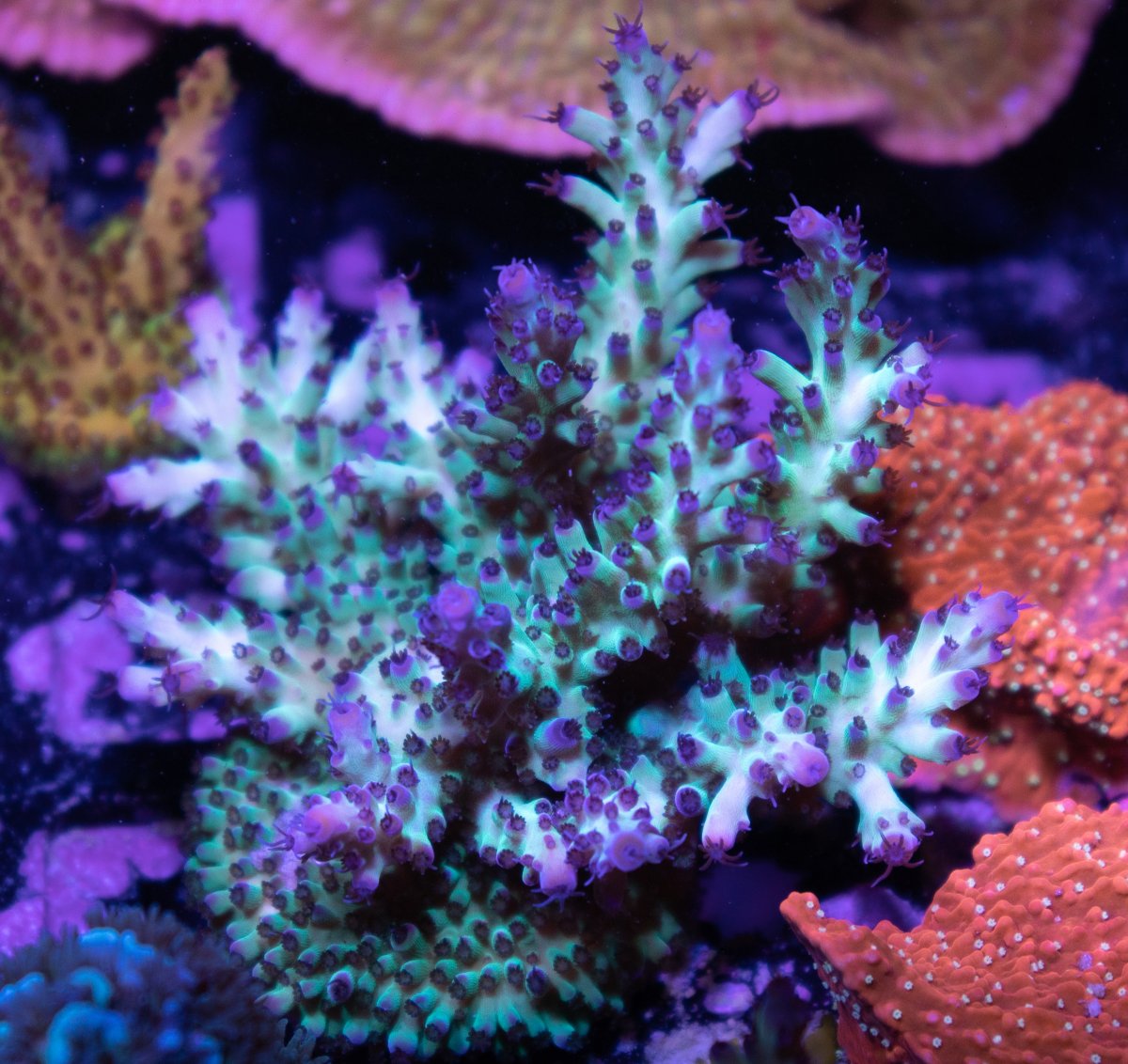 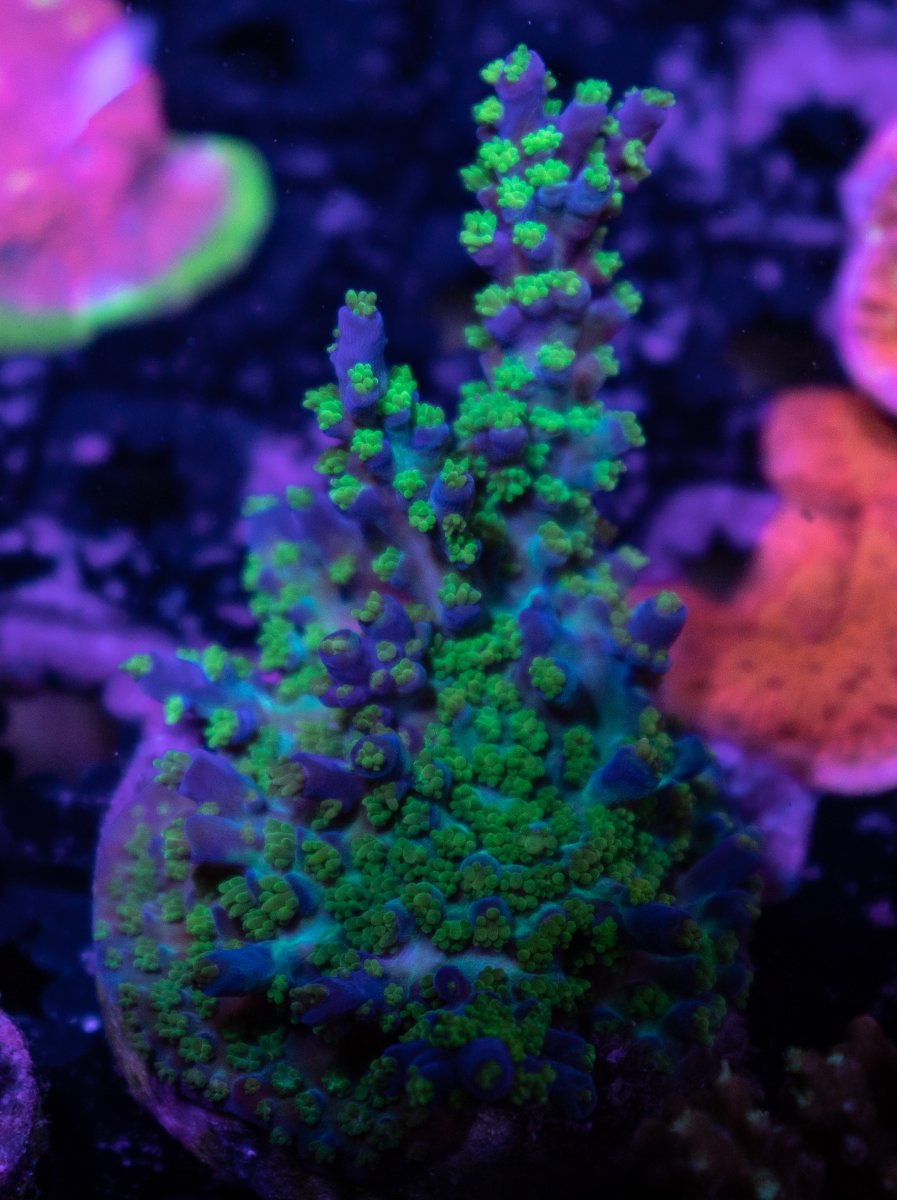 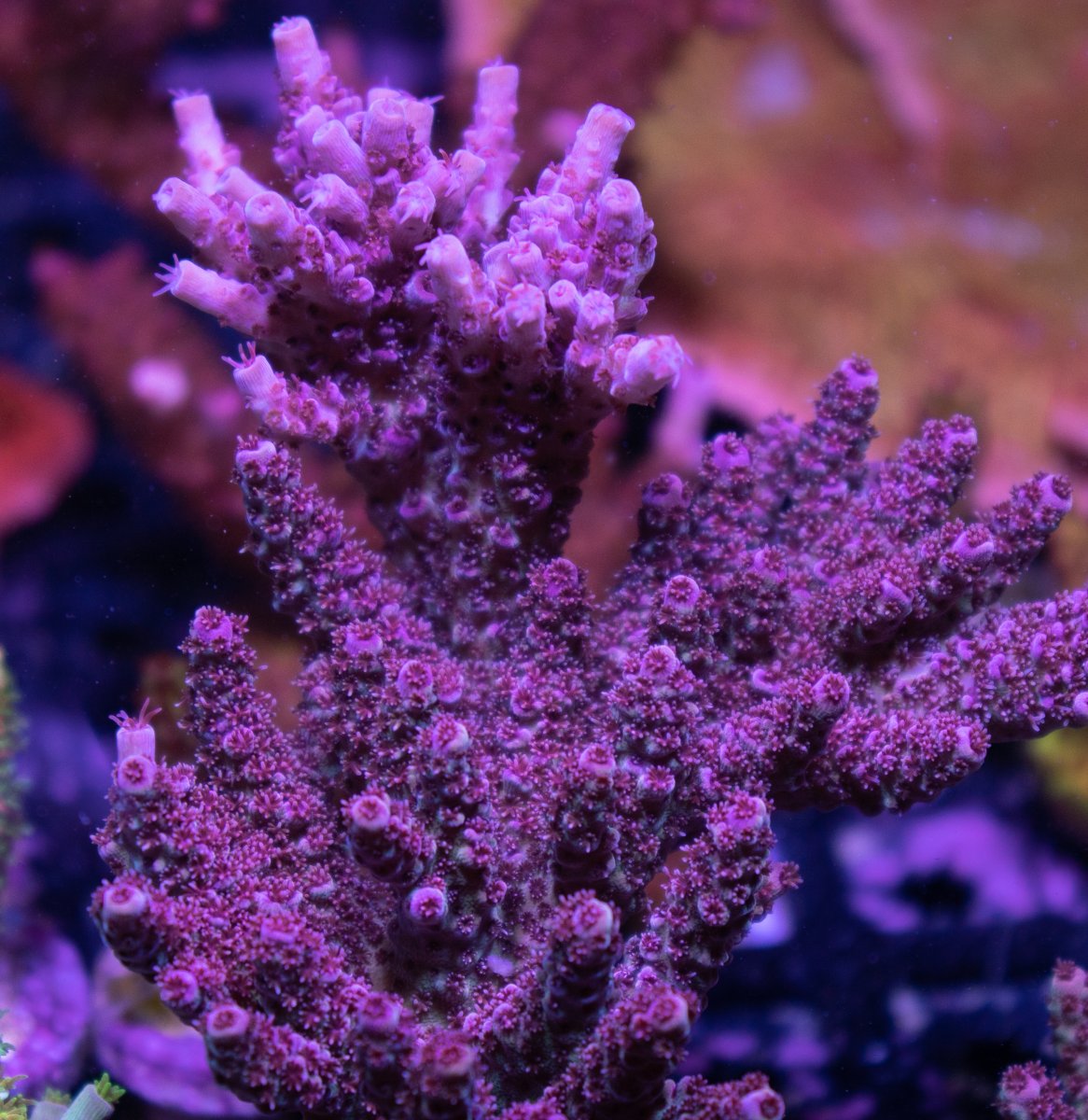 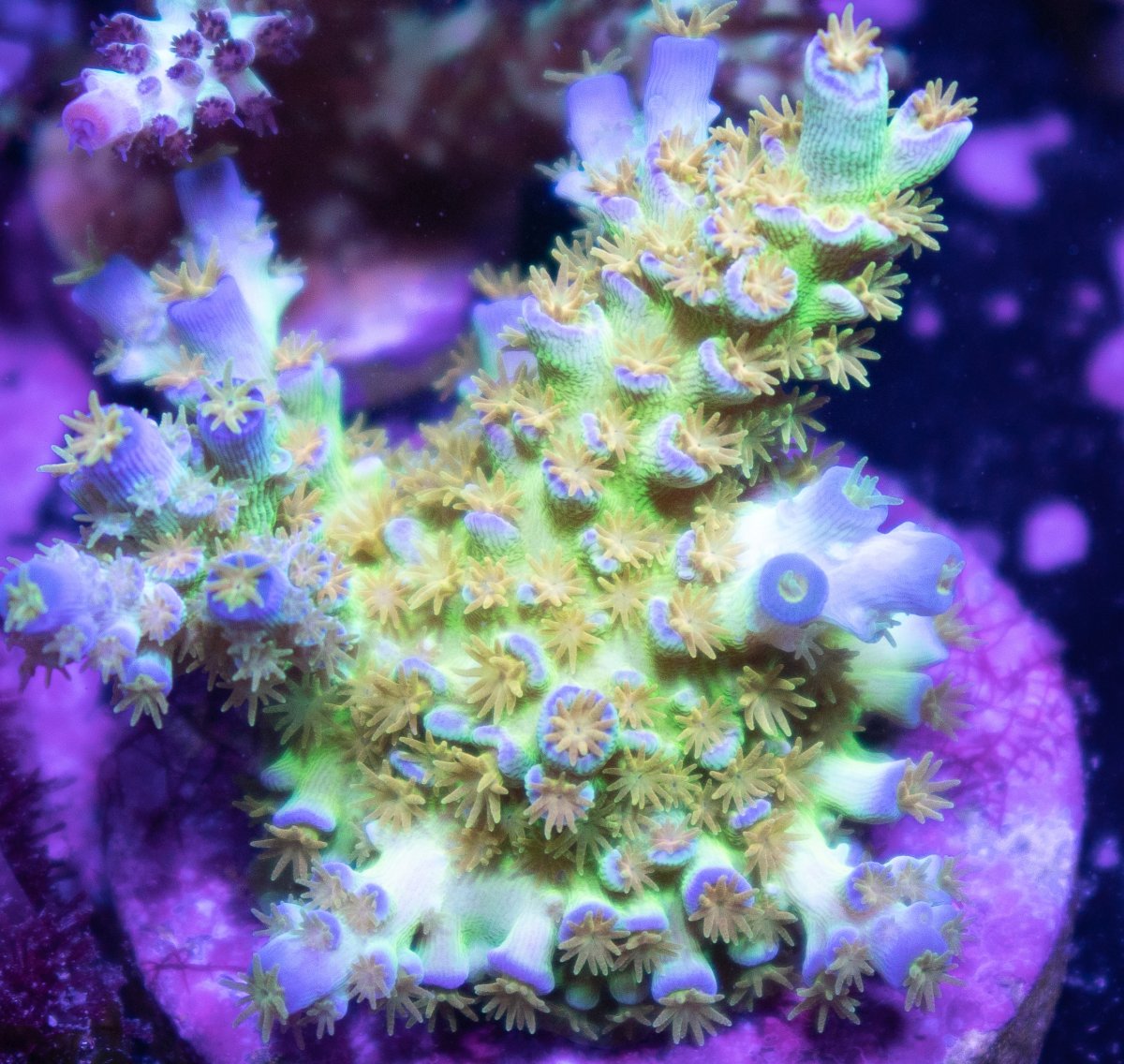 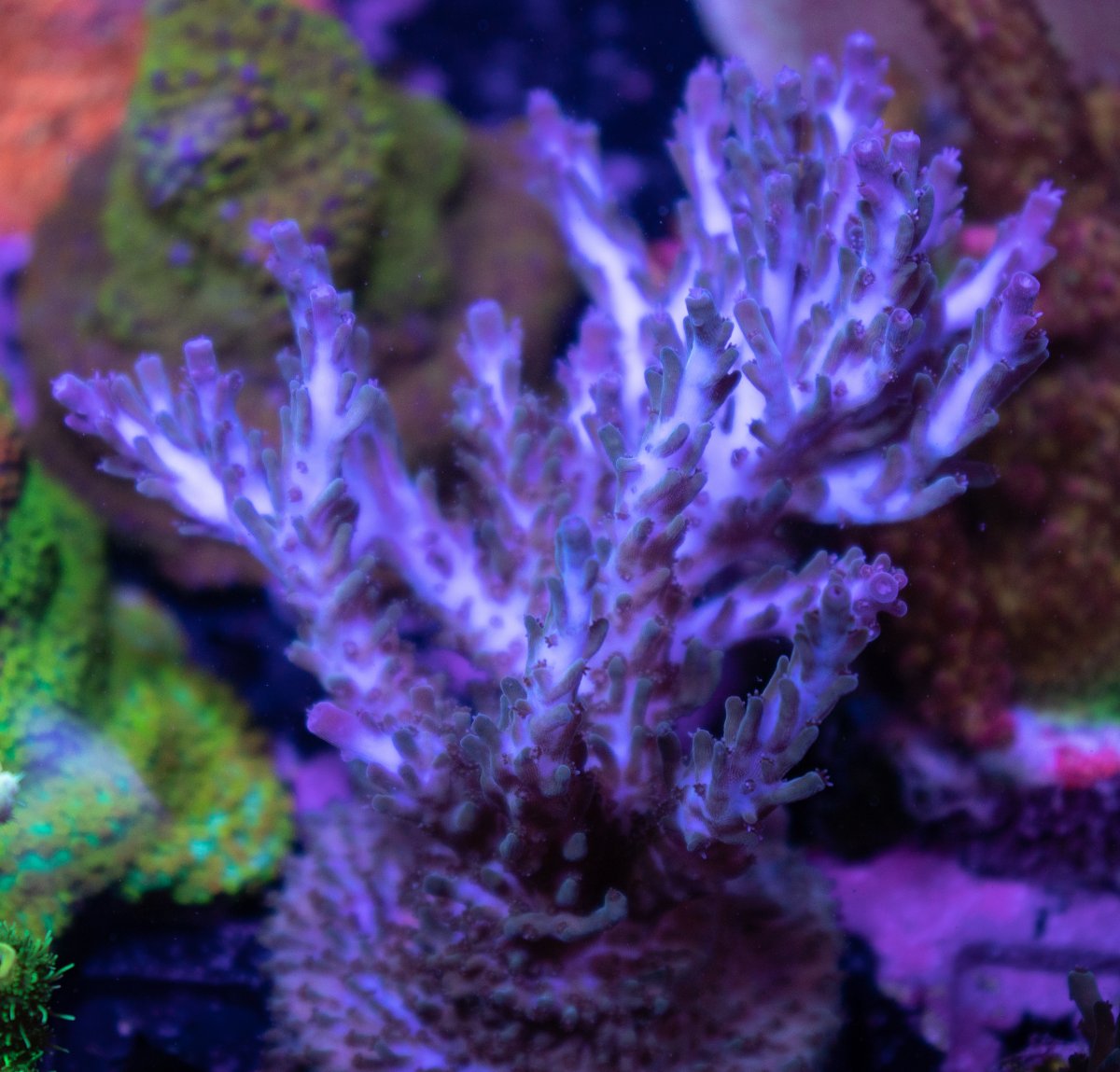 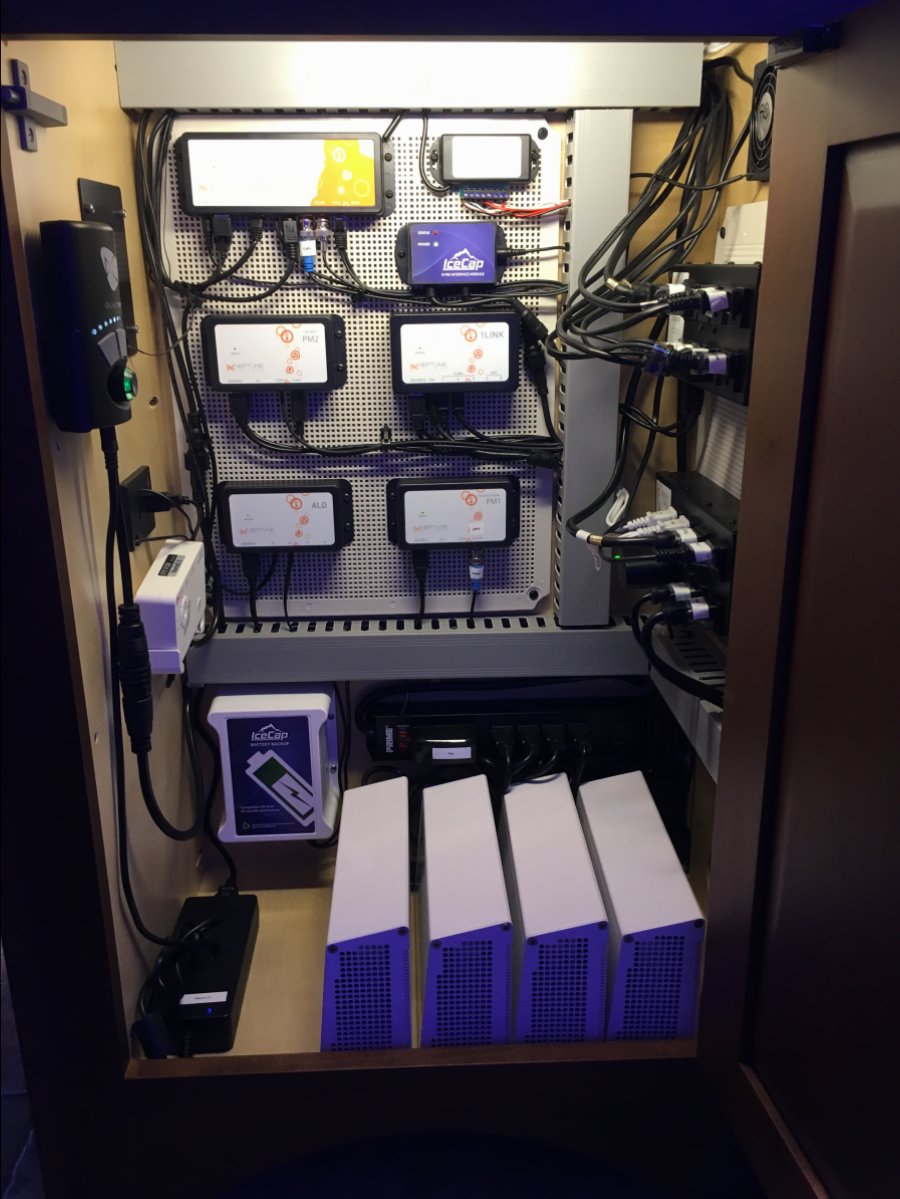 Benchmark system for sure, and that frag tank is insane. Where did you find the modular mounting plate? Back to the frags, what would you attribute the consistent growth of all your frags to? Ca reactor, lighting, supplements?

This is the first time I am seeing your tank.

I knew you had a Reef Savvy, but have never run across this thread with pictures. Beautiful tank and inhabitants! Love the frag tank too.

Pathetically, mine is still dry. I am beginning to wonder if it will ever see water.
OP

Fin said:
This is the first time I am seeing your tank.

I knew you had a Reef Savvy, but have never run across this thread with pictures. Beautiful tank and inhabitants! Love the frag tank too.

Pathetically, mine is still dry. I am beginning to wonder if it will ever see water.
Click to expand...

Hey Fin - Thanks! You know, you've had some side tracks but you will get there!
OP

siggy said:
Benchmark system for sure, and that frag tank is insane. Where did you find the modular mounting plate? Back to the frags, what would you attribute the consistent growth of all your frags to? Ca reactor, lighting, supplements?
Click to expand...

Those are intended for use in a BUD box, but I decided they were perfect. In my frag tank I used a BUD box + one of these panels since I did not have an isolated electronics partition in that stand. They come in many sizes, and I just use black screws to attach things to them.

For growth, I have struggled a bit, every tank being unique. Consistency is key. I measure Alk frequently and try not to let swings bigger than 0.5 DKh happen per day. I watch nitrate and phosphates. I dose Pohl's xtra, KZ Amino LPS, and KZ Coral Vitalizer, but I try to keep nitrates and phosphate at a reasonable level (like 5ppm and 0.05ppm). I swung too far towards low nutrients and lost some things. I deal with bryopsis, ulva, bubble algae, dictyota, and little brown flatworms. Used flucanazole, flatworm exit, vibrant. Lots of manual removal and cleaning. Try to find the right bioload to reduce dosing. Use the AB+ program on my radions and don't fiddle with it. Keep flow high. So basically its good equipment and water management, constantly monitoring, tuning, deciding on plans of action. I'm exhausted! (just kidding)
Last edited: May 14, 2018

It's such a huge website, just not enough hours in the day Jimbo!
OP

Here are a few more 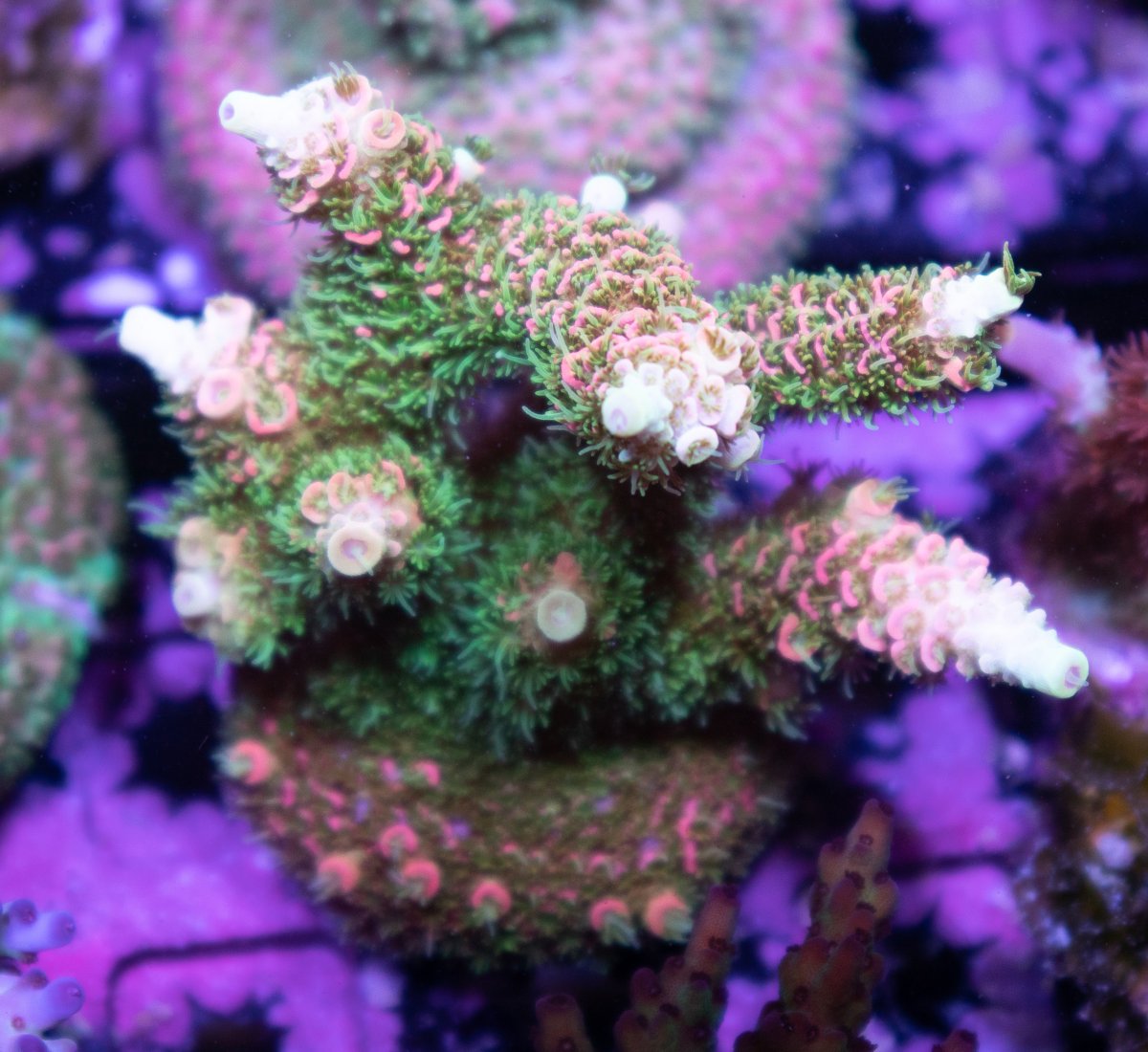 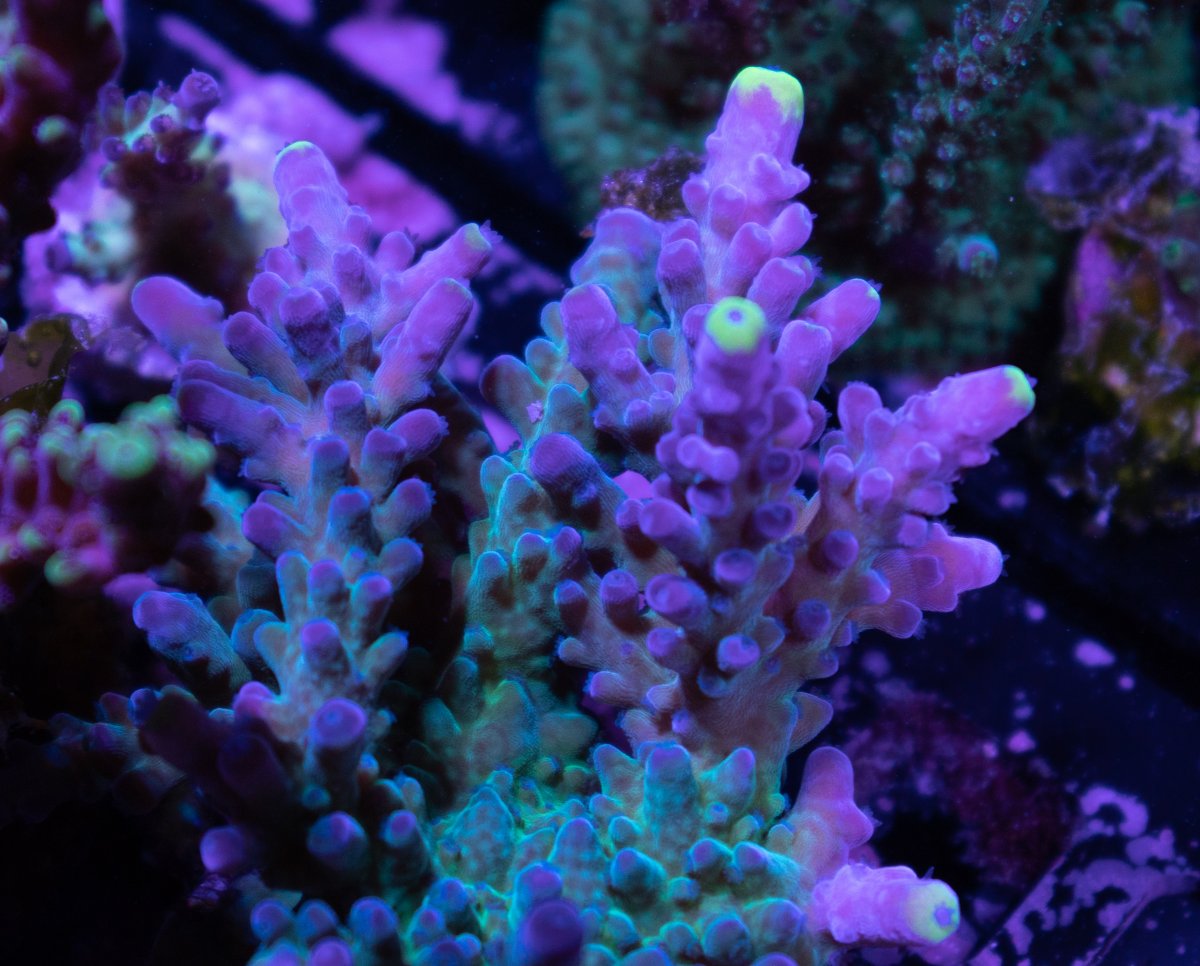 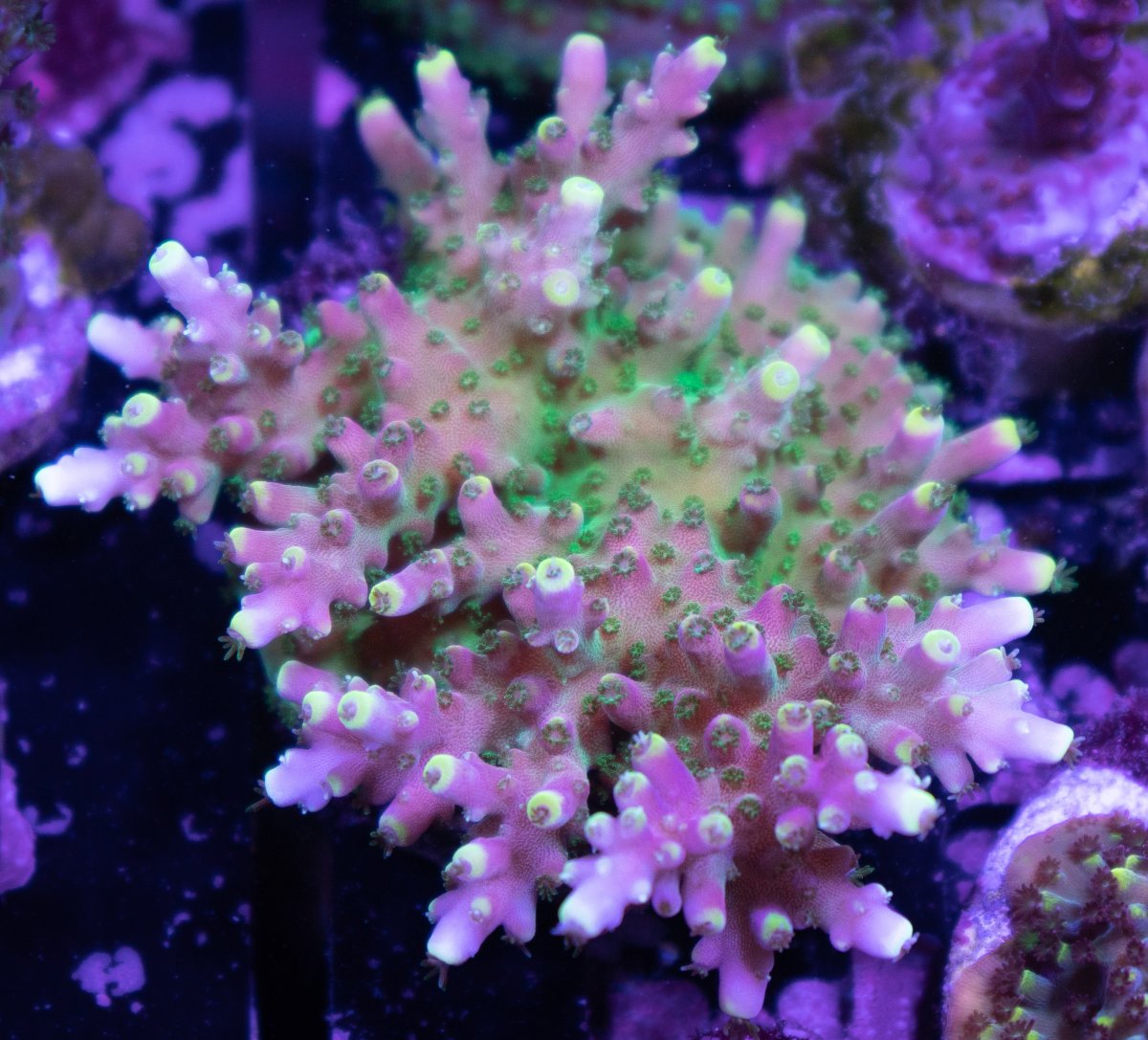 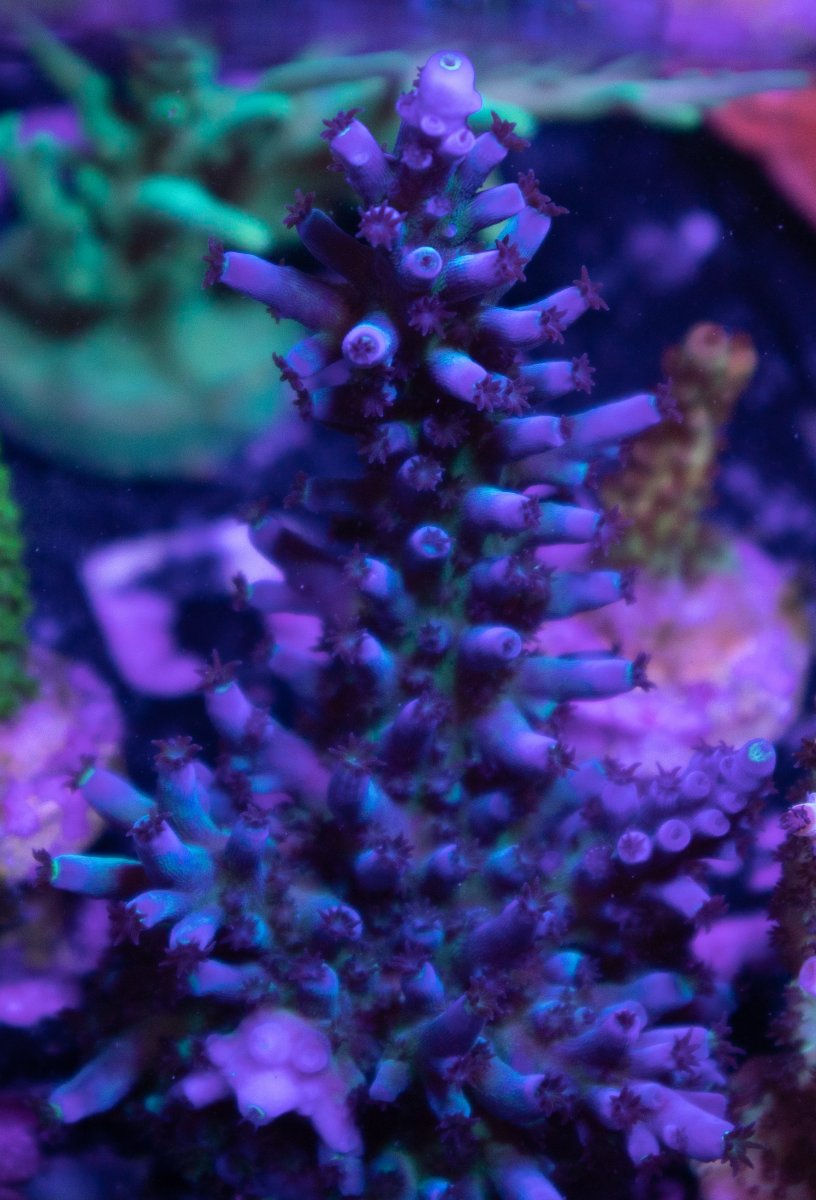 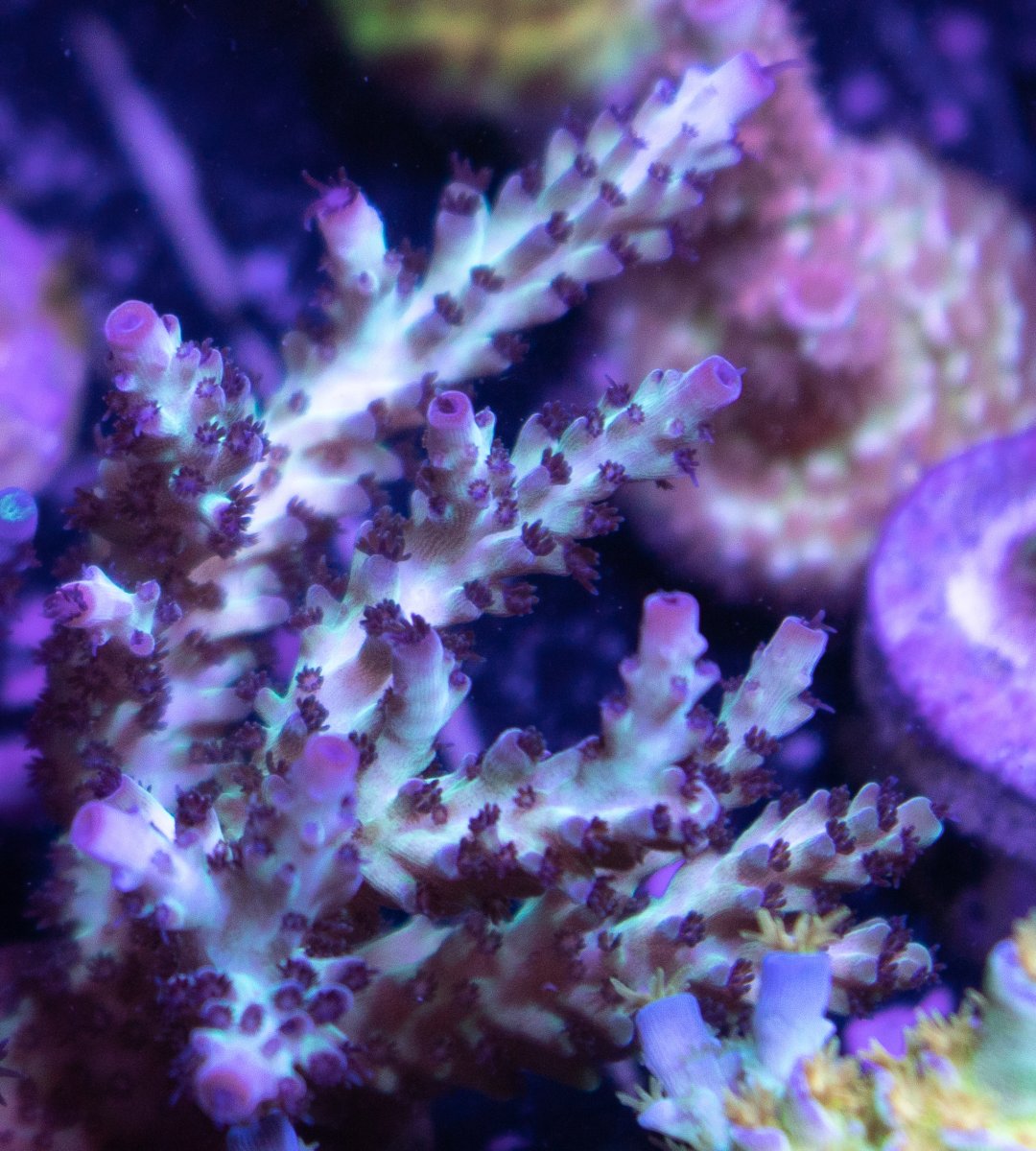 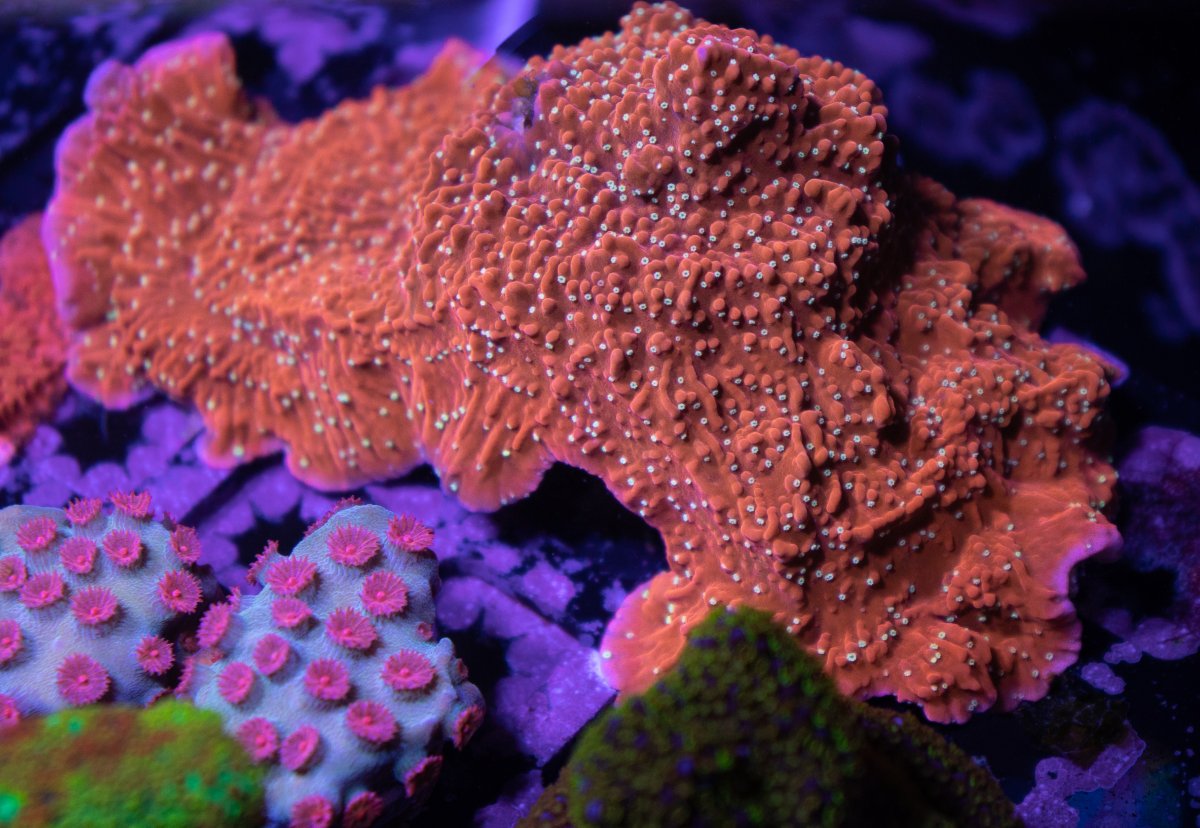 Awesomeness! Everything looks so healthy and colorful!
OP

An oldie but a goodie, I don't know why this one does not get more love: ORA Tricolor Valida 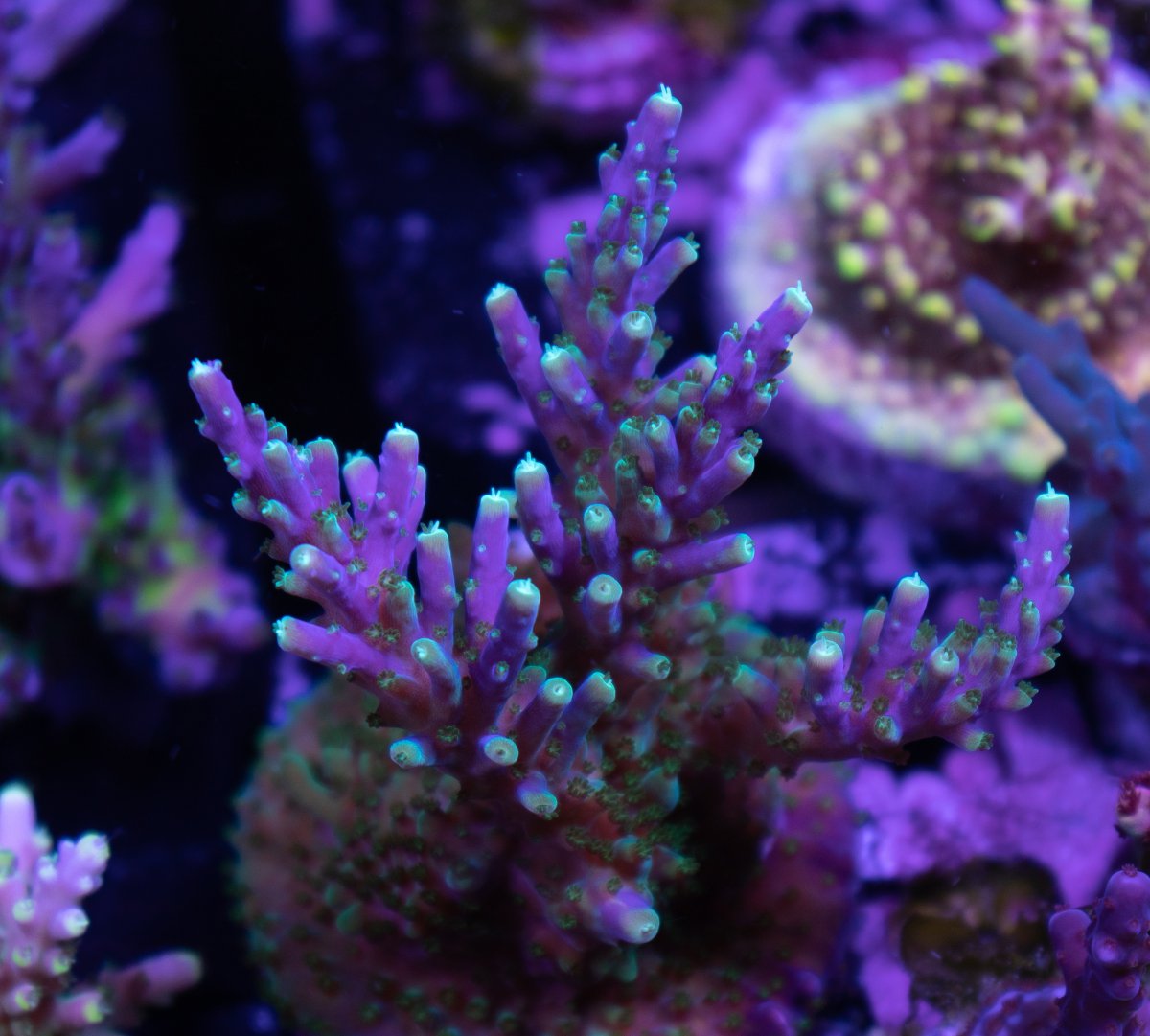 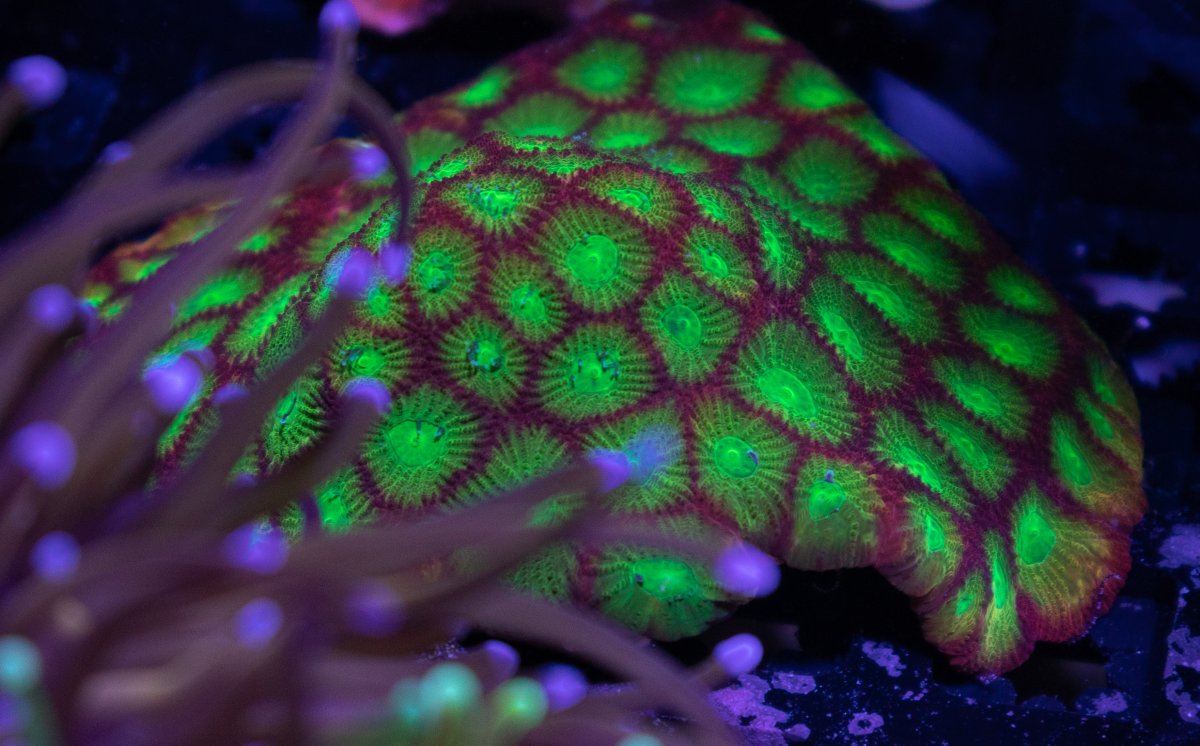 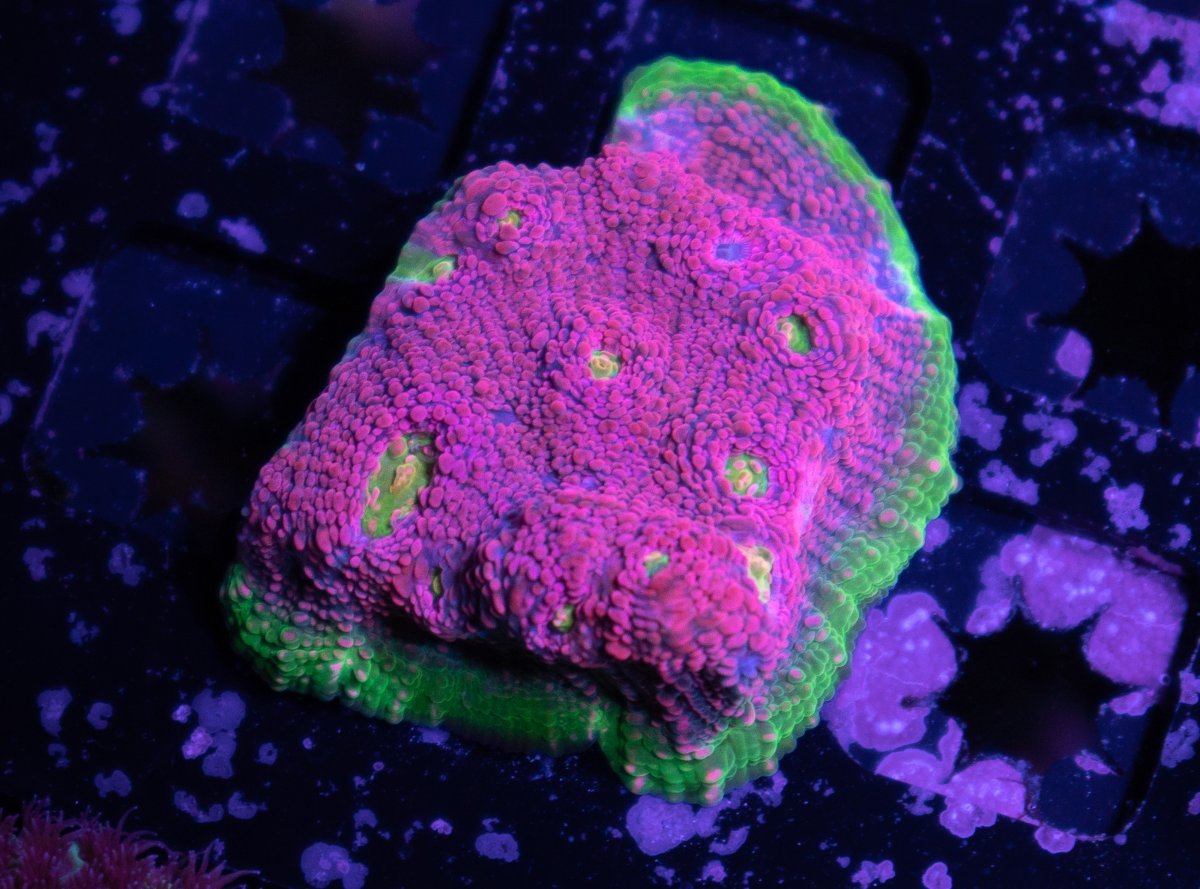 Very nice! I hope my Reef Savvy treats me this well.
OP

Fin said:
Very nice! I hope my Reef Savvy treats me this well.
Click to expand...

Thanks Fin. I’m sure yours will too. Your patience will pay off. All the local folks used to rib me about my slow build. It pays off in my opinion!

Looks awesome. What size is the frag tank?

I NEED to see corals in this tank! Stop teasing us and show us some FTS
OP

litenyaup said:
Looks awesome. What size is the frag tank?
Click to expand...

Large Build Back to the Hobby: The 180 mixed reef
2