The little pico that could

Hey R2R, this is my first pico tank! I'm very excited to get this guy running along with corals. I plan on keeping some zoas, micro lords, blastos, and any other LPS or softie that catches my eye. This tank has been a few years in the making (and convincing) but finally, it's ready to get cranking!
As far as specs go I wanted to keep this tank simple but powerful. To start this tank I have a mainland 3g AIO aquarium. I picked it because it was simple, sleek, and for the price point came affordable but I didn't have to forgo nice features. Lighting is a big piece of reefing and I wanted something that could keep just about whatever I wanted with a quality build for a good price point, words that don't often mix. At first, I was tempted to buy a par 38 bulb or a Chinese black box because they were cheap and could keep some higher light demanding corals but I didn't see them lasting very long. The size of my tank meant that any light could probably have done the job but again something of nicer quality was desirable. The AI prime seemed like a possibility but to me was a bit overkill and I didn't need all of those features. Finally, I settled on the Kessil A80, a great light, powerful for my size, and simple... perfect. Next, it was time for life support. Water like all things in a reef is paramount to success. I bought a 50gph RO Buddie and hooked it up to my outside house. 0 TDS every time. As for the salt I went with Red Sea's Coral Pro bucket as a tried and true salt. I would have preferred Tropic Marine's salt but both work and the Red Sea were cheap and available. Since Tropic Marine is experiencing a shortage as well I didn't want to have to worry about transitioning salts and the Red Sea Coral Pro would work just as well. While the Marineland 3g came with a lid I still wanted an ATO for redundancy. While ATO's are a place of failure for many the Auto Aqua Lite has a good track record, small, and suited my needs. With all of this water, I needed a way to move it! i went with the syncra nano pump for its impressive 110 gph in a small package, Again small, quality build exactly what I was looking for. Next for a heater yet another point of failure I went with a cobalt mini therm as its plastic build would be less prone to breaks so long as I take care of it. Lastly, for rock and sand, I poached a small piece from my larger tank and some small pieces of rubble. As for the sand I bought some cheap Carib Sea Aragonite as I felt cycling the tank would be instant and live sand wasn't needed especially since I would have so much extra and I had 2+-year-old rock. Lastly, I added some filter floss and the tank is ready! I'm super excited for this build but that's all for now folks! 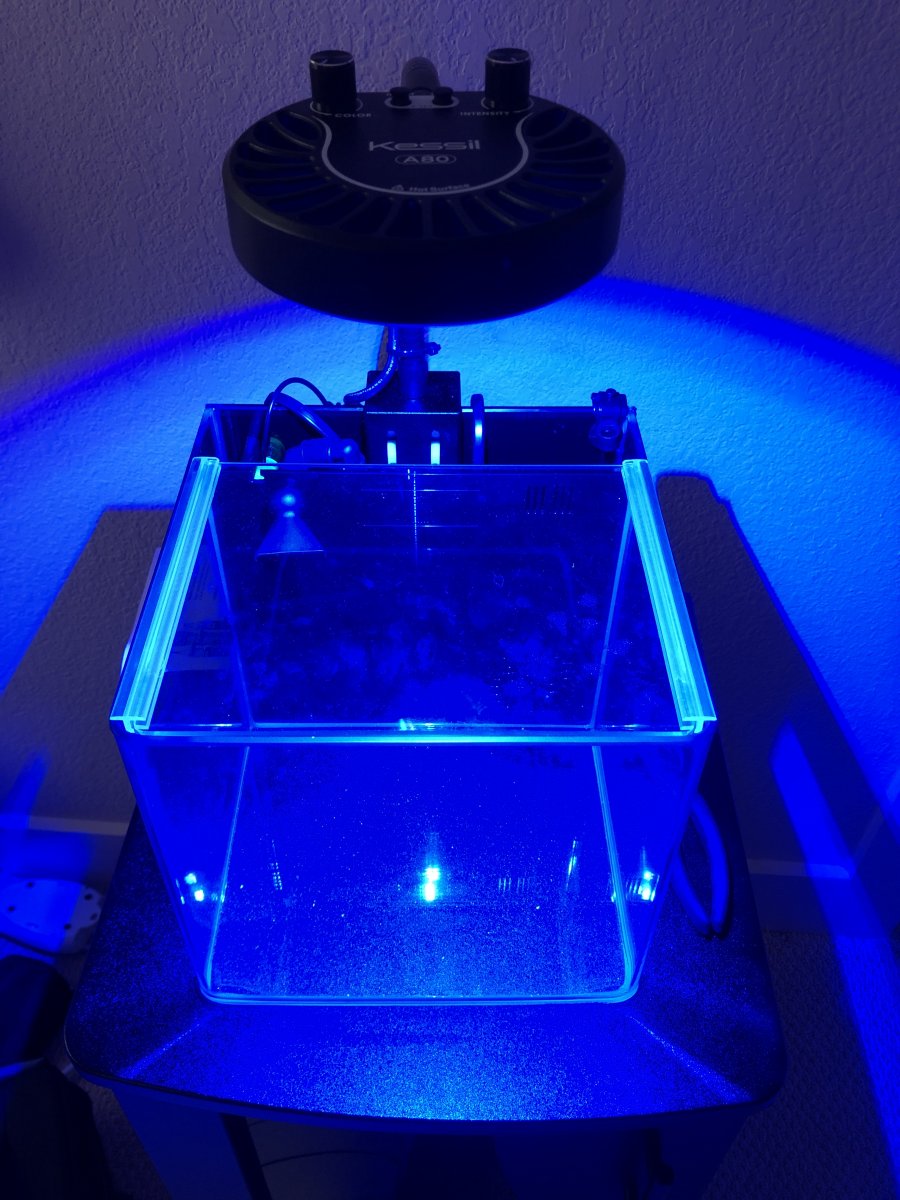 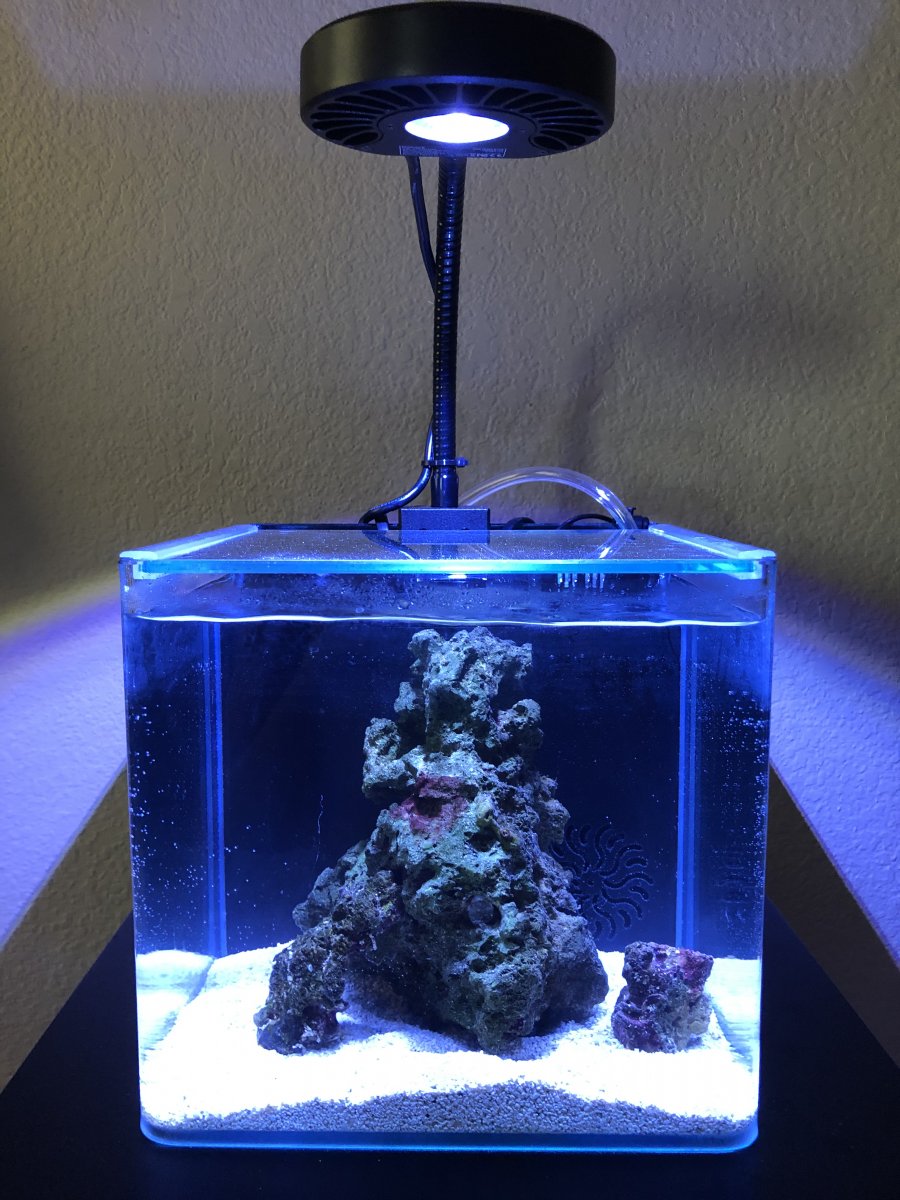 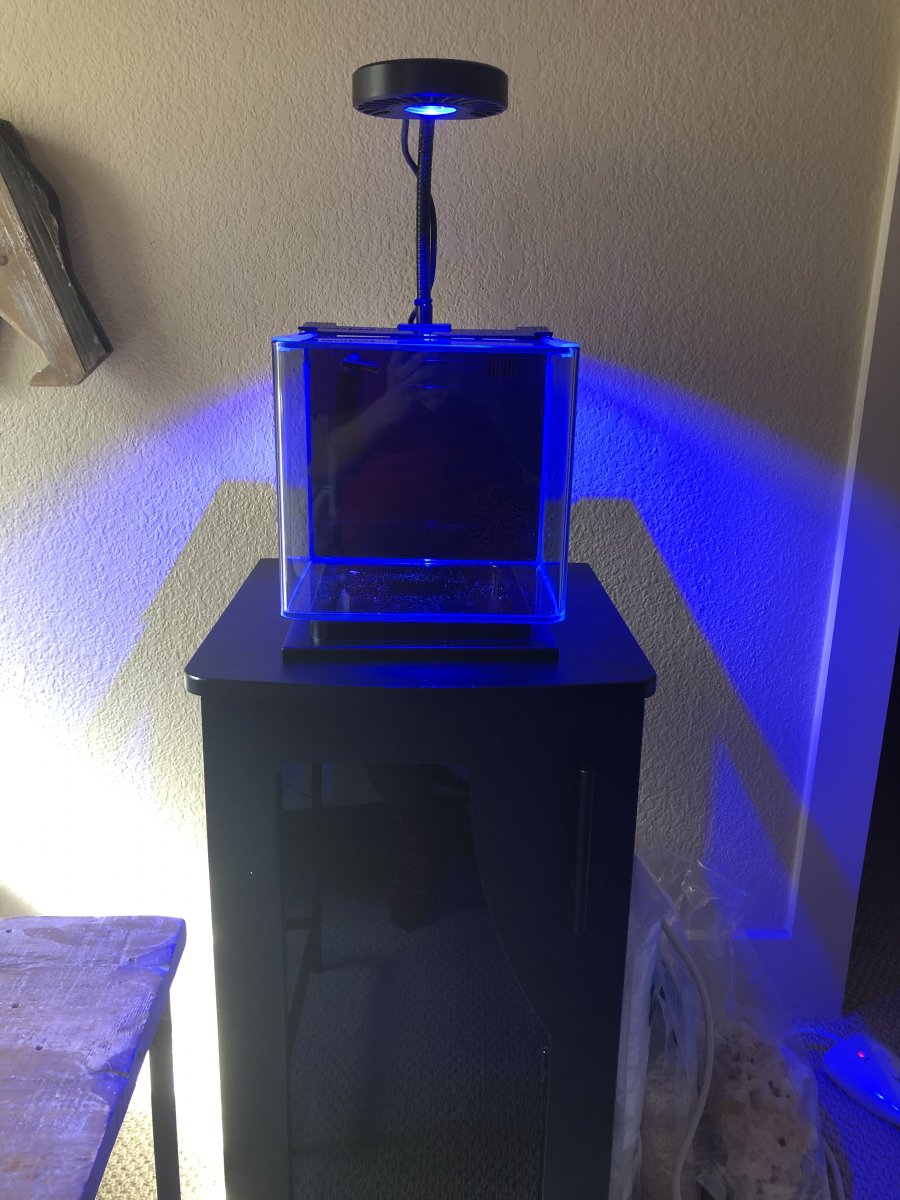 Looking good keep us updated with lots of pictures we are all visual learners hahahahaha.

Shoot that looks like it's going to be awesome. Lots of love for the tiny stuff.

Looking good! I have a 2.5g pico myself but transitioning to a 10g for the pair of clowns I recently got. I was struggling with proper lighting but looks like you nailed it with the Kessil A80. Good luck! Cant wait to see this come together.
OP

If I plan on keeping really on Zoas and some lps such as blastos and micro lords and I do about an 80% water change every week, would I need to worry about dosing?

probably not but just keep an eye out for the parameters. In my 4g I change 1.5g every week and my Ca, Mg, and Alk all stay really level. I only have one Bowerbanki the rest zoas. wanting to add a RFA in the future once my tank is well established.
OP

I may dose I may not so I’ll see thx for the advice!