tharbin said:
I started dosing phyto about five months ago and dose it (almost) every day. I started with 1ml/gallon of the phyto from @Eldredge. I now dose 2ml-2.5ml/gallon. I don't know that I can say I see a difference but the tank just 'feels' more dialed in. I've had cyano 'challenges' (opportunities?) for six months now. I don't actively fight it other than blowing it off the rocks when it encroaches on a coral or maybe grab a mat or two during a water change. I started the phyto mainly to compete with the cyano and the GHA (mainly gone now except for a small patch I just keep trimmed. While it did not eliminate either 'pest' I feel it has prevented them from taking over and everything just looks a little happier. It could just be me trying to rationalize the expense but I'm going to keep doing it.

I also dose some copepods from @Eldredge occasionally, some Reef Nutrition Tigger Pods about once a quarter and Reef Stew (a locally produced phyto/copepod/brine shrimp mix) every month or two. It makes me feel good. I know my Nassarius snails and micro brittle stars seem to appreciate it.
Click to expand...

I’m probably going to keep up with it, just to see how it goes. I may try adding some copepods too. I’ve never really had any that can be seen in this tank. I added the 5220 from AlgaeBarn twice but they definitely did not establish and take off. Should probably look into different sources. I’ll check out Eldridge.

So this weeks take away is that I was able to increase Alk back to where I’d like it to remain stable, around 8, but Cal and Mag continued to trend down a little. I’m going to roll with another week of AFR at 7ml per day and see if the trend continues.
Last edited: Saturday at 1:59 AM

TheWB said:
I’m probably going to keep up with it, just to see how it goes. I may try adding some copepods too. I’ve never really had any that can be seen in this tank. I added the 5220 from AlgaeBarn twice but they definitely did not establish and take off. Should probably look into different sources. I’ll check out Eldridge.
Click to expand...

I also never really have a population. I get a little bloom of copepods from time to time, then my Firefish gain weight and next thing I know the copepod bloom has crashed. Might be some correlation there...

There definitely are always at least a few in the tank because they bloom from time to time.

What I miss is that the old purveyor of Reef Stew also had a few amphipods in the mix but the new owner has only copepods, brine shrimp and, I believe some rotifers in a medium density phyto soup. I liked having some amphipods in the tank so I may have to break down and buy some.
OP

I haven’t done an FTS in a while and this tank is coming down and getting moved in about a month. It will not go back together the same, they never do, so it’s time to document a few things before the move. 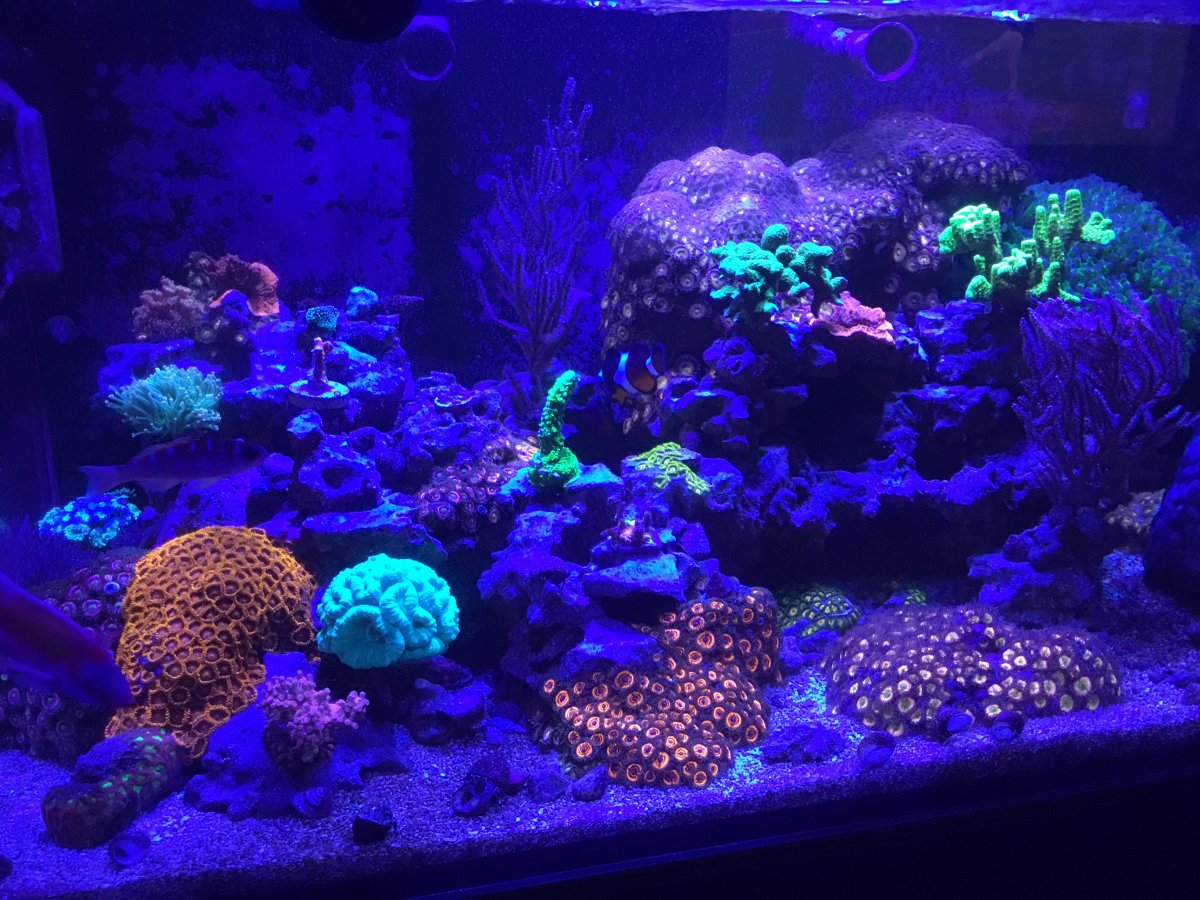 The original test piece of SPS. This Green Slimer had completely grayed out and now has come all the way back and is growing new branches. 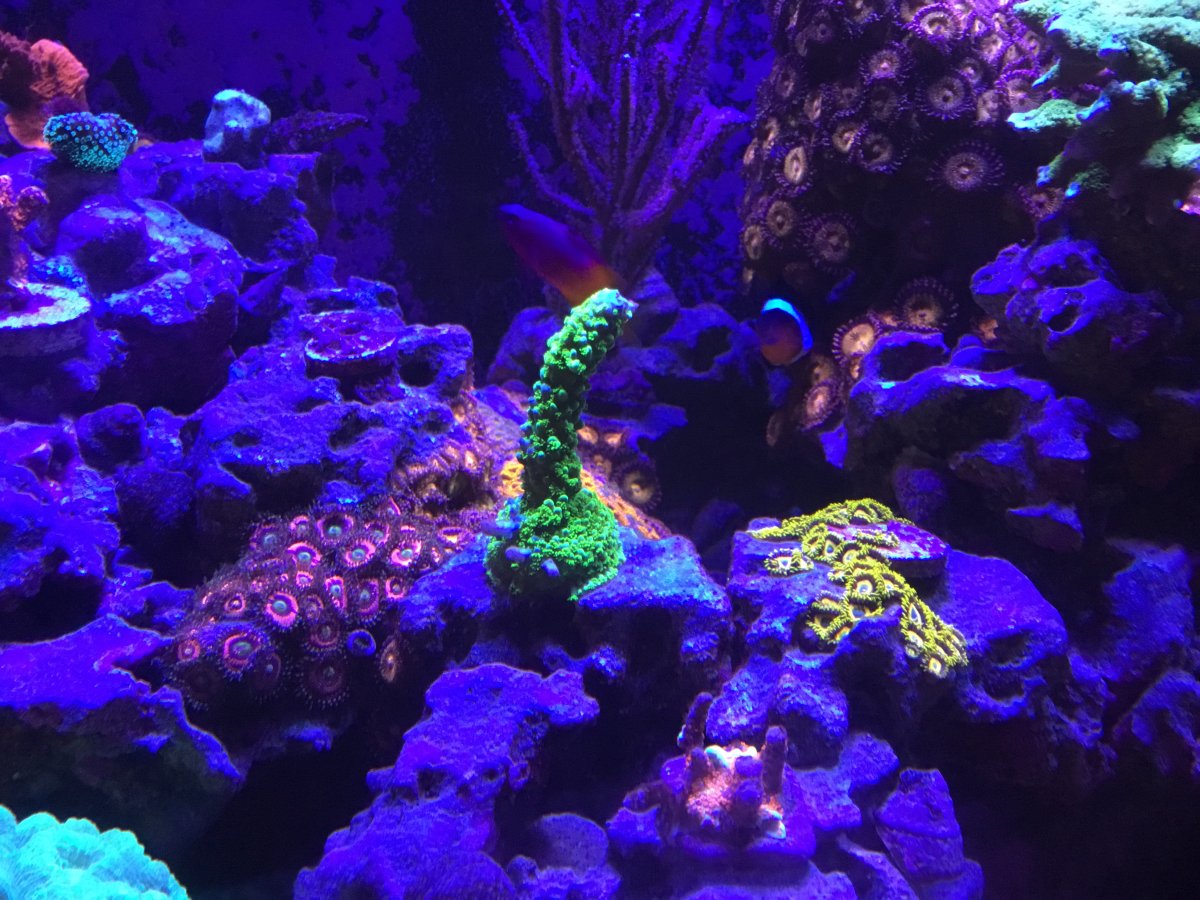 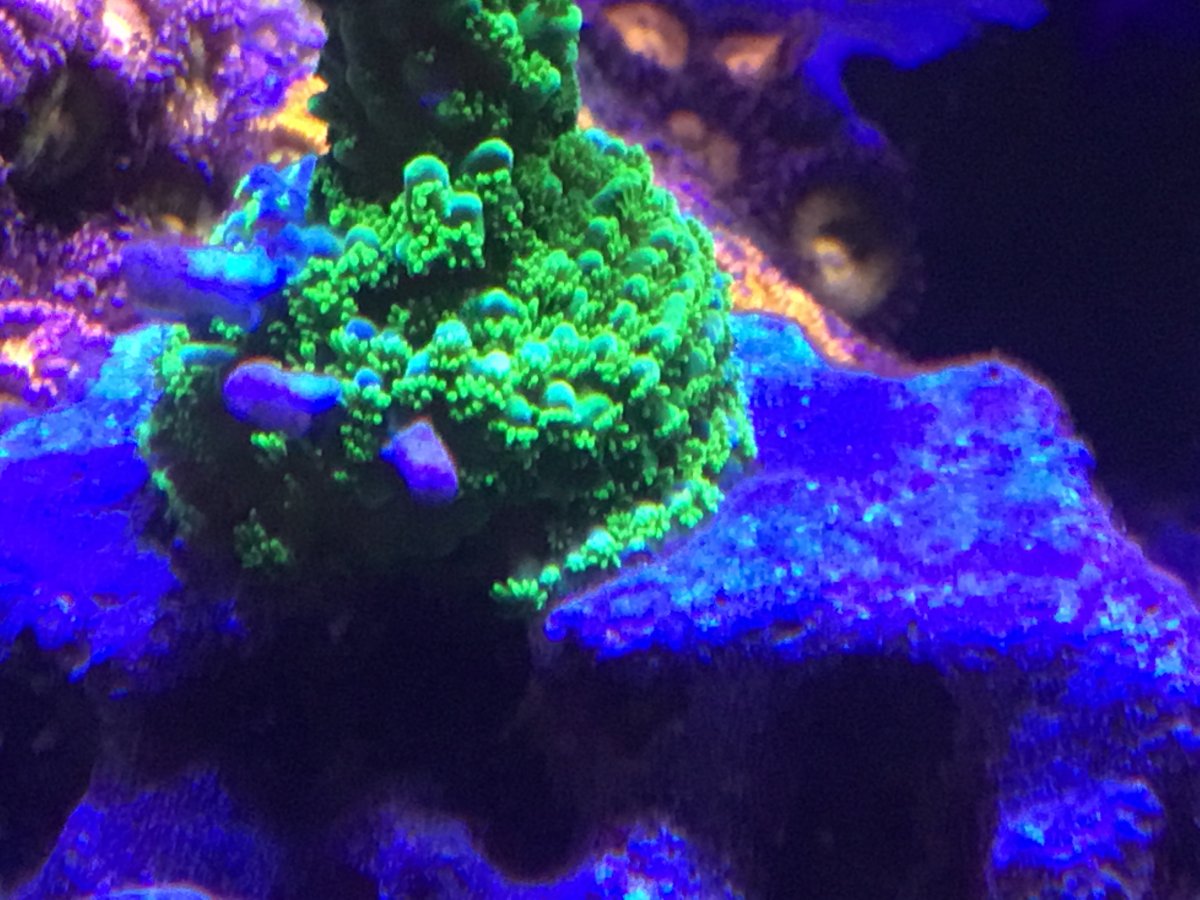 A trio of super easy SPS. Green Digi, Red Cap and Slimeball Anacropora. All have more than doubled in size. 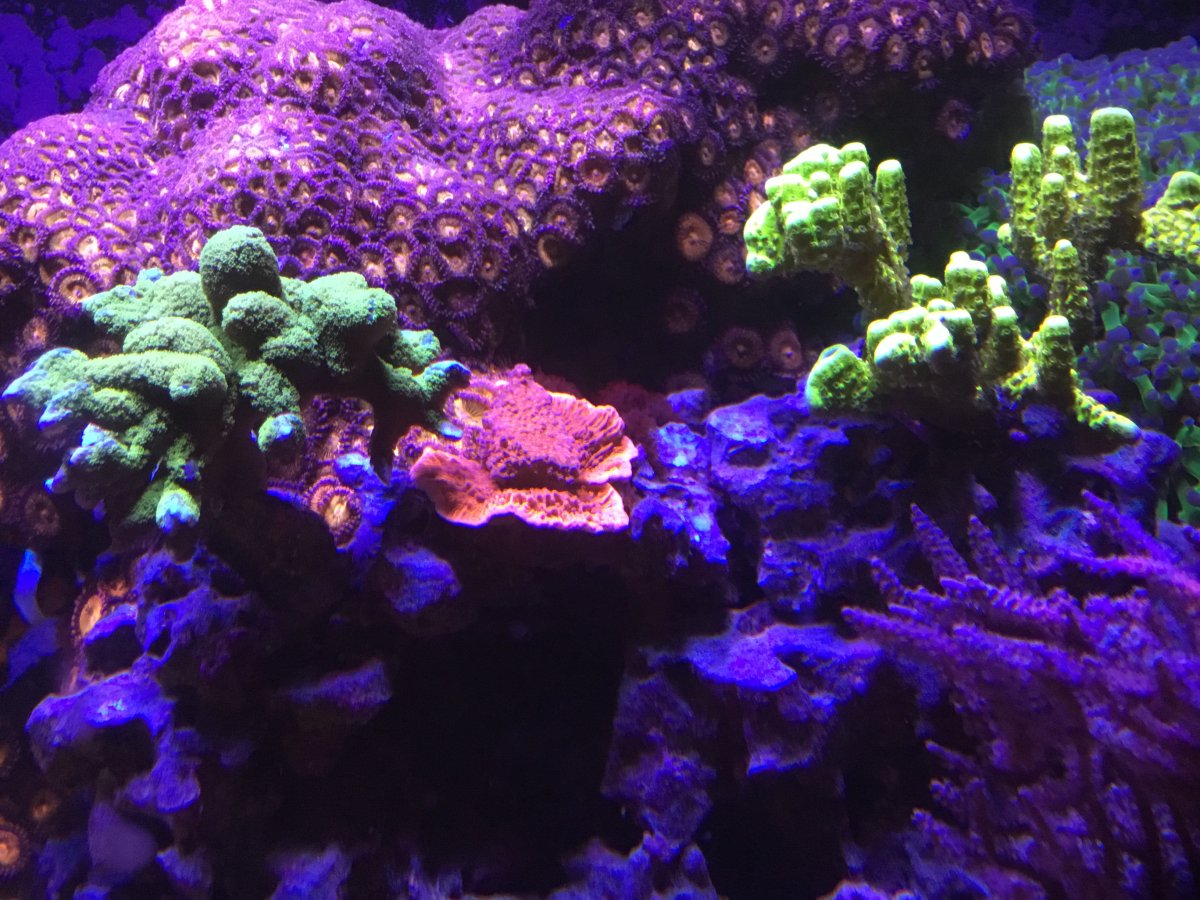 This Lemon Lime Favia ended up in ice cold shipping water due to Fedex being terrible. It also broke into two pieces. It looked really bad but I think the smaller piece is coming back nicely and the bigger one is looking better. 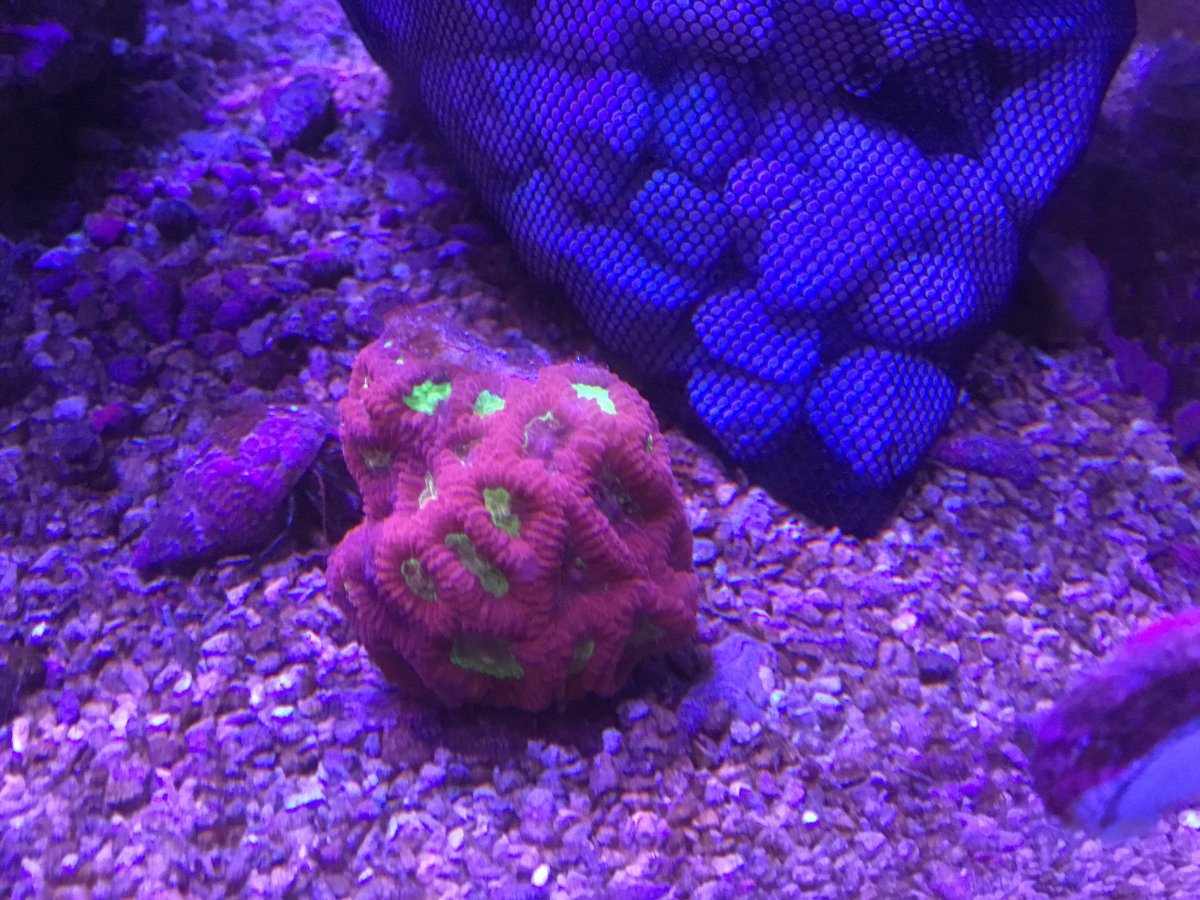 You can see where the smaller piece broke off. 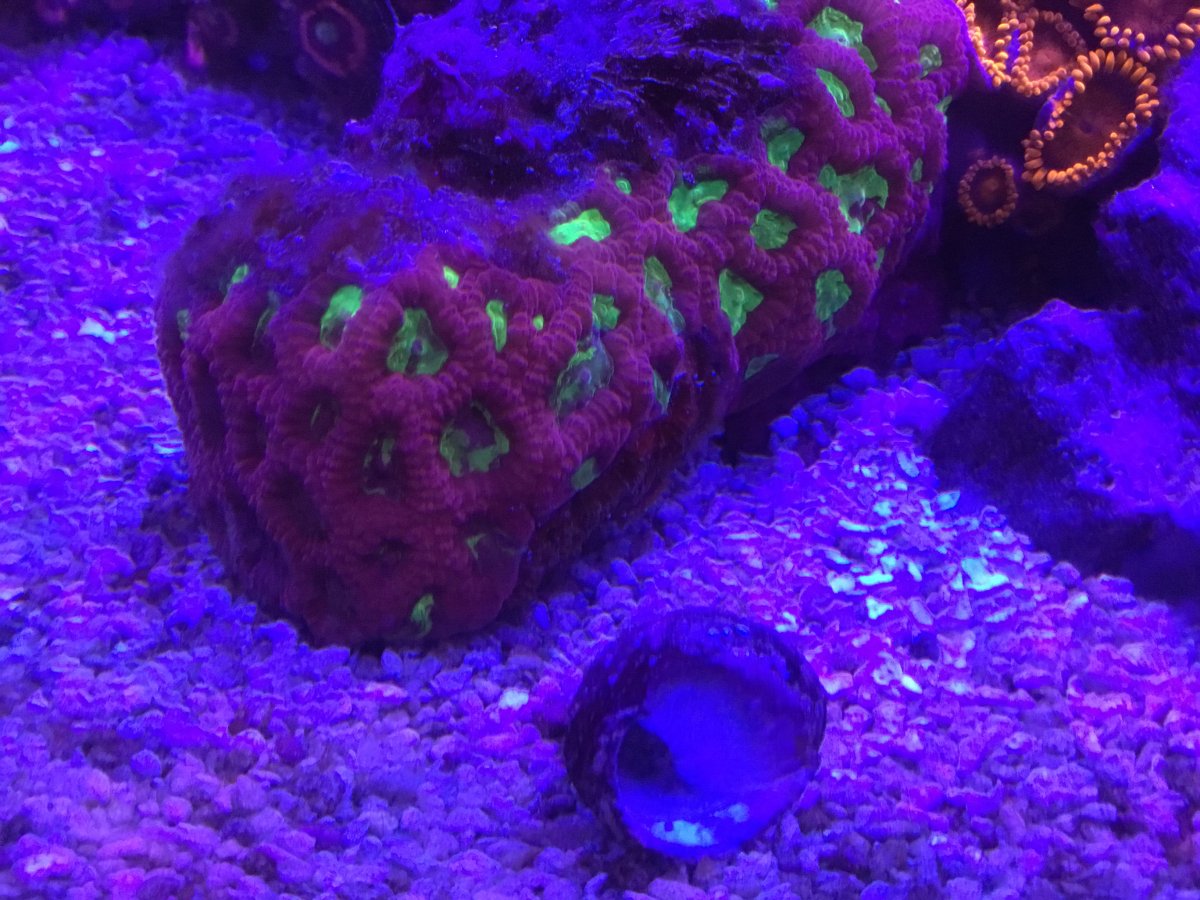 Lately the branching Cyphastrea has been undergoing a growth spurt. I really like this piece and will always have one in my tank. 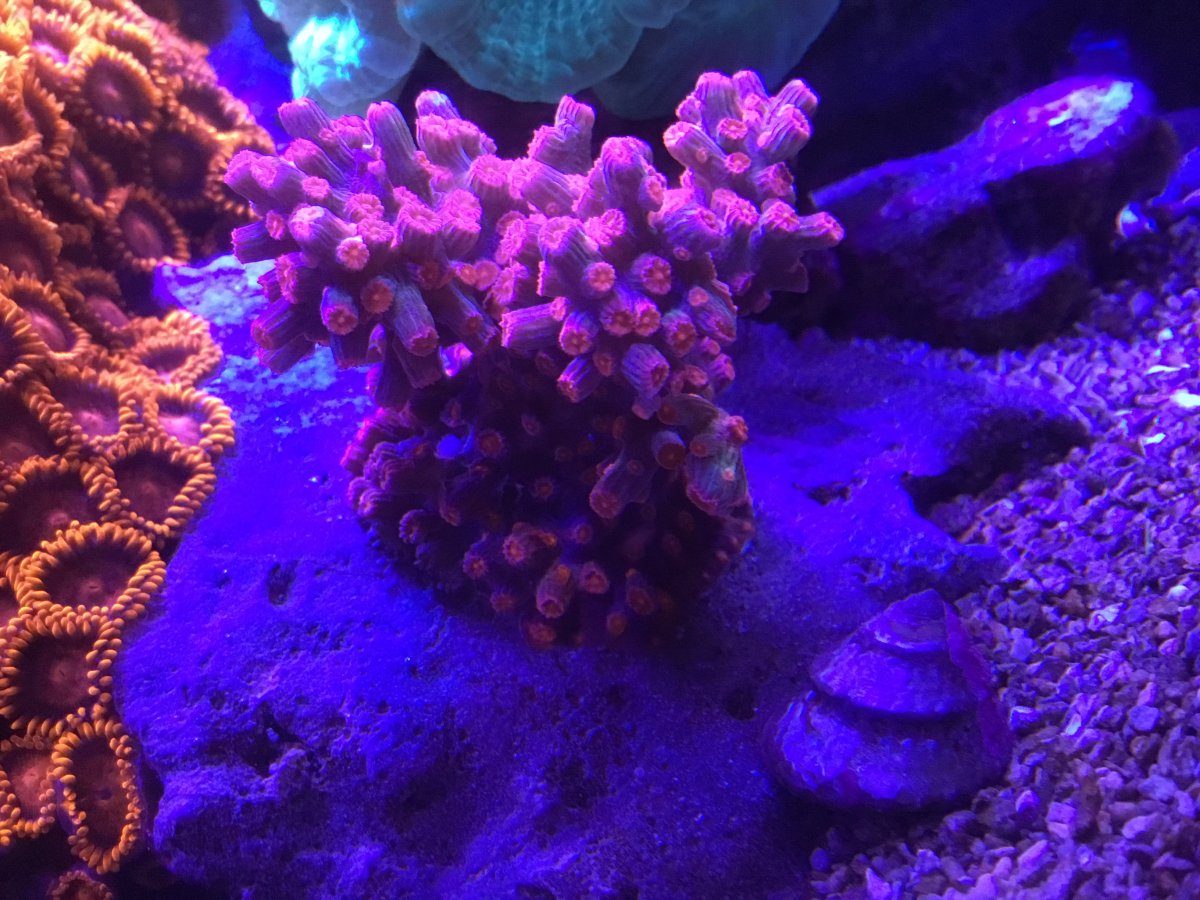 Caulastrea has also grown several new head recently. It was stuck on 4 forever. 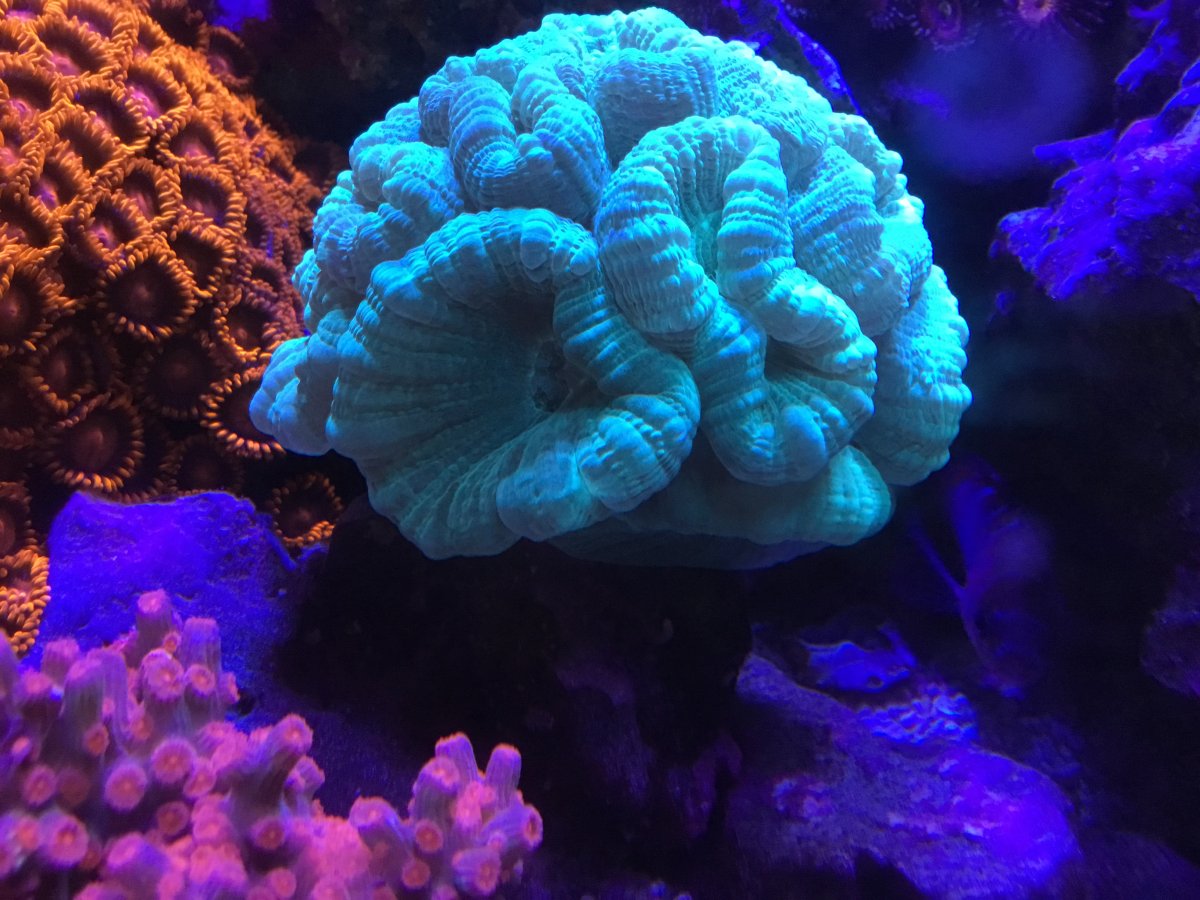 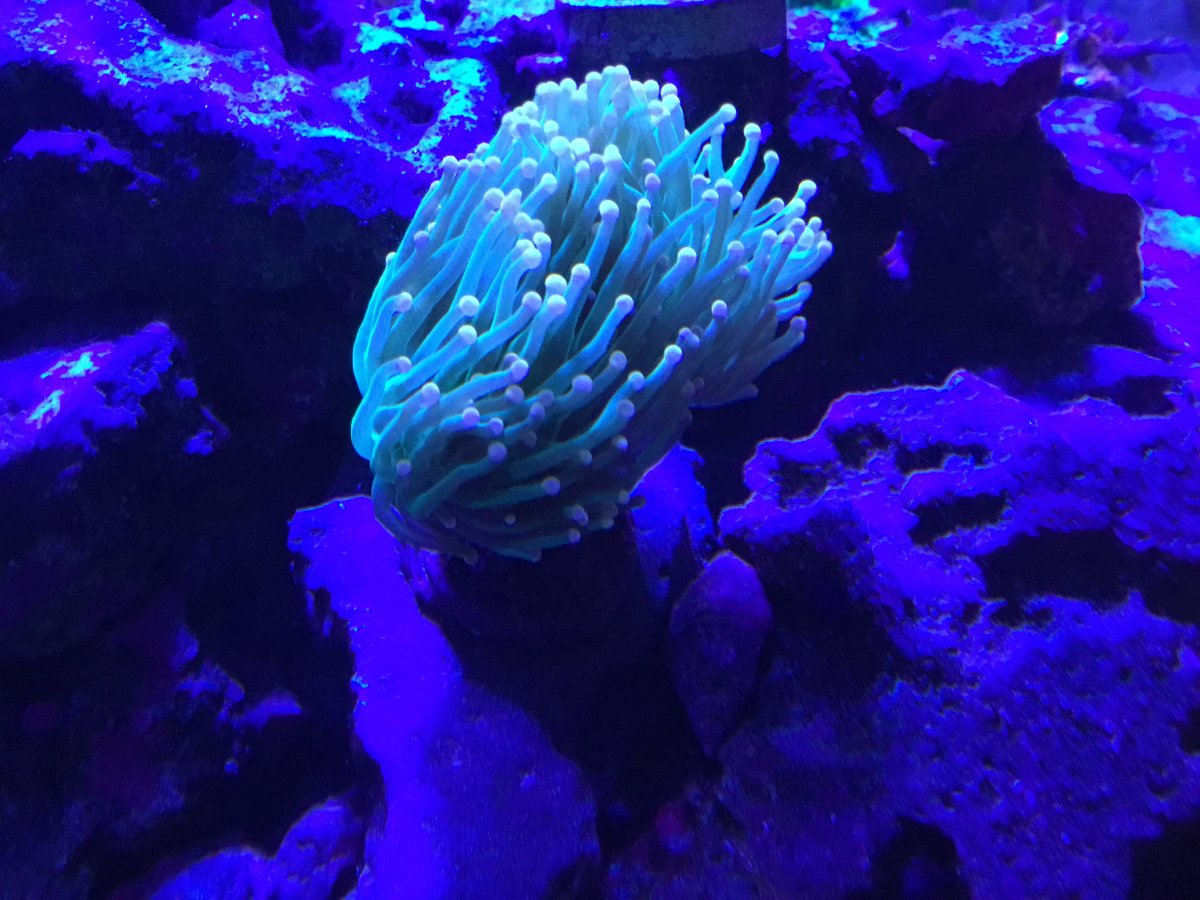 Rainbow Goni still looks good but still hasn’t grown off the sides of the plug. It has nice colors though. 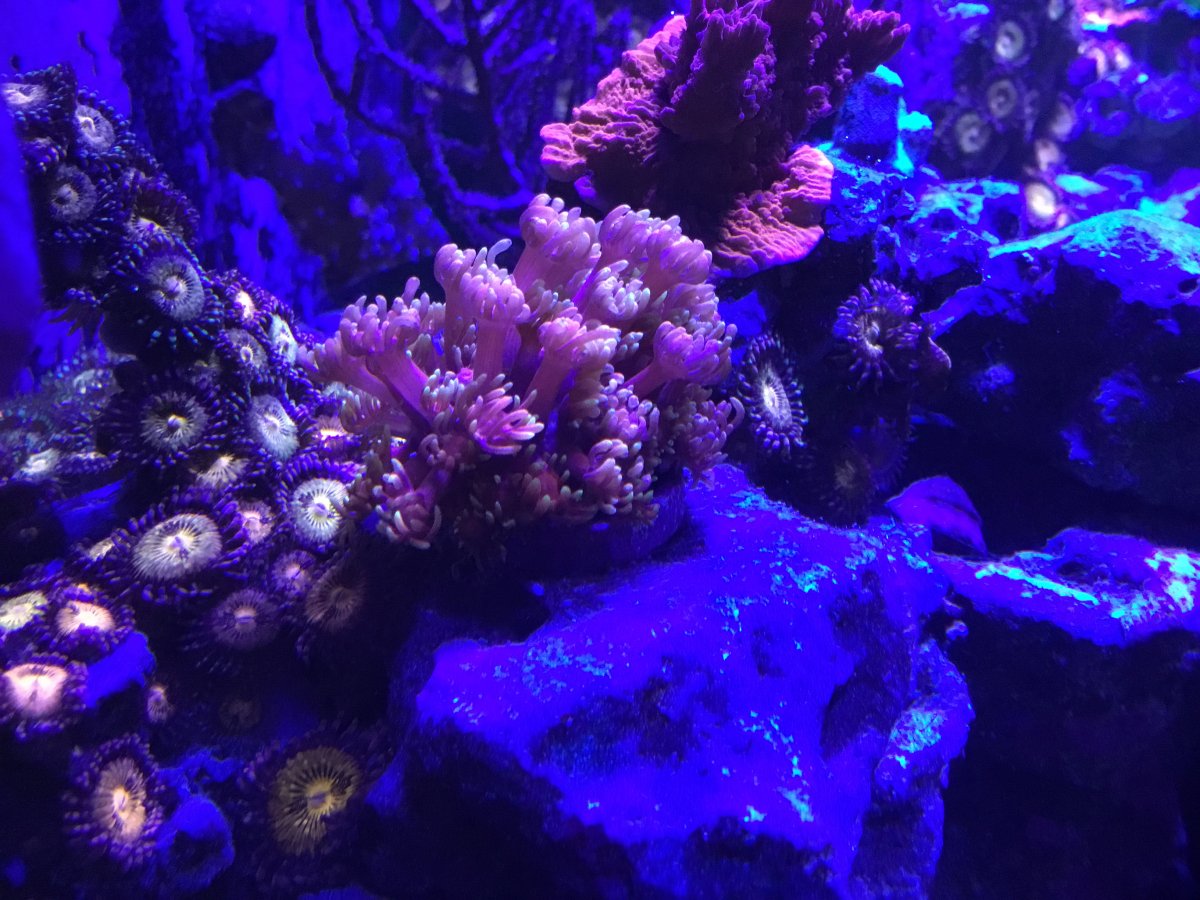 Todays test results.
Alk down from 8 to 7.7
Cal at 400 so no change.
Mag up from 1260 to 1365. Last week was an outlier, probably test error.
I was dosing 7.5 ml per day with AFR. Need to up it again and see where we land. Trying to stabilize at 8. This would be easier if I tested more than once a week but I just don’t have the time. There may need to be some automated Alk testing in my future.
NO3 down from 14.1 to 11.9 I stopped dosing NeoNitro.
PO4 up from 0.03 to 0.06 I’m attributing this to more flake this week and less frozen.

Seeing a return of whatever the algae is that lives on the rock the red monti cap is attached to. Flux RX makes it go away, sometimes for quite a while, but it always comes back on that rock eventually. I really wish I could find something (fish, snail or crab) that would eat it. I don’t really want to get an urchin.
Last edited: Sunday at 6:23 PM