I am new to the community so excuse my ignorance. I found my love for reef tanks in my teens, but my minimum wage job at 16 couldn’t dream of keeping up with the hobby, so I gave up on it. Now that I make adult money, and still don’t have children to feed, I can try again.

I started again 3 months ago with aquatop Recife 24g aio, the tank is looking great. I upgraded my lights to prime AI 16 hd leds( would these lights be sufficient for a frag tank?). I moved the nano skimmer that comes with the set up to the first chamber, added chateo and some chunks of live rock to the second chamber where the skimmer was and added tigger pods. I got a small magnetic LED light which sticks to the back glass to keep my chateo happy 24/7 without it getting into the display. I am running carbon in a filter sock in the third chamber, along with the ceramic rings that came with the tank. In the last chamber with the return pump I have my heater ( which I don’t use because Florida....) and my ATO.

I cycled the tank with 2-3 inches of sand ( I like the uneven natural look of hills and lows or whatever it is formally called), about 20 pounds of live rock and some “ live seawater “ from a LFS. I got a RO/DI system and Red Sea coral pro salt and that has been working great. After 3 weeks parameters were perfectly stable so I started to populate with a small clean up crew and two chromis. Then progressively added some frags, and my boyfriend surprised my with three small, adorable juvenile designer clowns . He got me a black storm, a Picasso and a black and white ocellaris. (He doesn’t know anything about fish, had no idea that the clowns would most likely kill one and remain a pair. He also enthusiastically suggested that we should add Dory to our 24g... at our LFS lol I was embarrassed). I put all three clowns in the tank being mentally prepared to relocate one when the comes, they have been getting along surprisingly well so far, swimming together all day and staying really close at night.

Anyway... enough back story, after obsessing about my cute little tank with my cute little clowns and tiny zoa garden, I decided I want to upgrade already. I’m planning to get a 93G 30x30x30 cube to continue feeding my obsession. I’m considering turning the 24g into a frag tank.

I wanted some advice on filtration, plumbing and how to avoid any kind of disaster. One of my main concerns is Florida hurricane season. I’m having nightmares about losing my tank to a power outage, with a bigger tank those nightmares are multiplying. I got a battery air stone from Amazon in case of an emergency. I am also worried about some kind of power failure overflowing the tank, how do I prevent this?

Our power goes off occasionally for a short period during bad weather, but I’m worried about what could happen with the return pump and overflow when I’m not home.
My other concern is traveling, how do you guys keep your tanks safe while you travel ? Due to my job I wouldn’t be away for more than a week at a time... but still would like some tips on that.

Since my current set up is an aio, I haven’t had to deal with plumbing so I wanted to get some dos and don’ts, best practices and warnings. I was planning to recreate what I did with my aio back chambers but at a bigger scale. I also thought I could try to get creative with mangroves in the display but that’s just an idea that I’ll most likely abandone.


I will add pictures of the cube once I get it (planned to happen this Saturday ) and will update the progress.


Any advice is appreciated, I rather learn from other’s mistakes than my own.

This is what the tank looks like, also got a 30g sump with it. 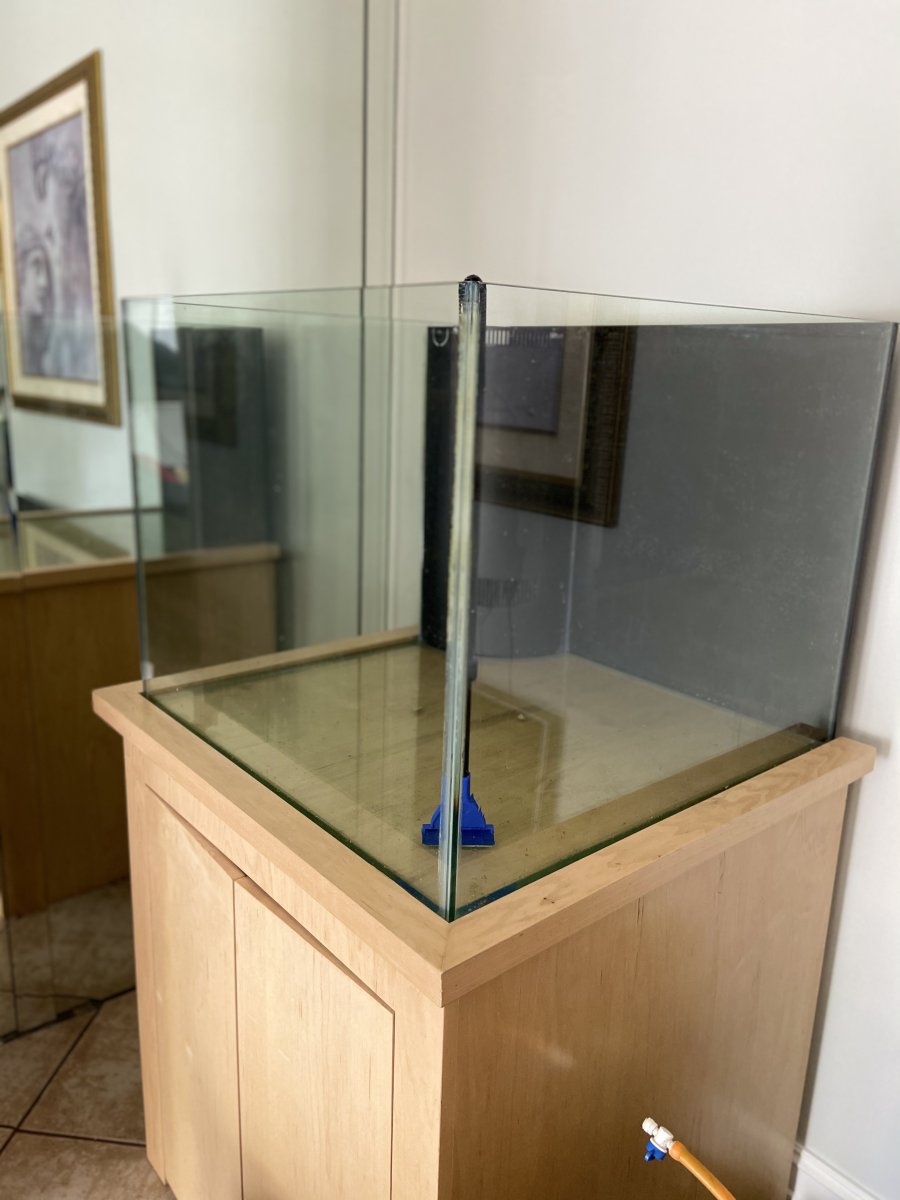 The light color of the stand didn’t match my darker furniture, so I thought It would be no big deal to stain it. Big mistake, I got the wrong stain, applied it wrong, made a mess and had to correct it with a different one. I was so eager to get the tank going that I completely screwed up something that shouldn’t be too difficult.

This is my sump, with skimmer and pump that was sold with the tank. 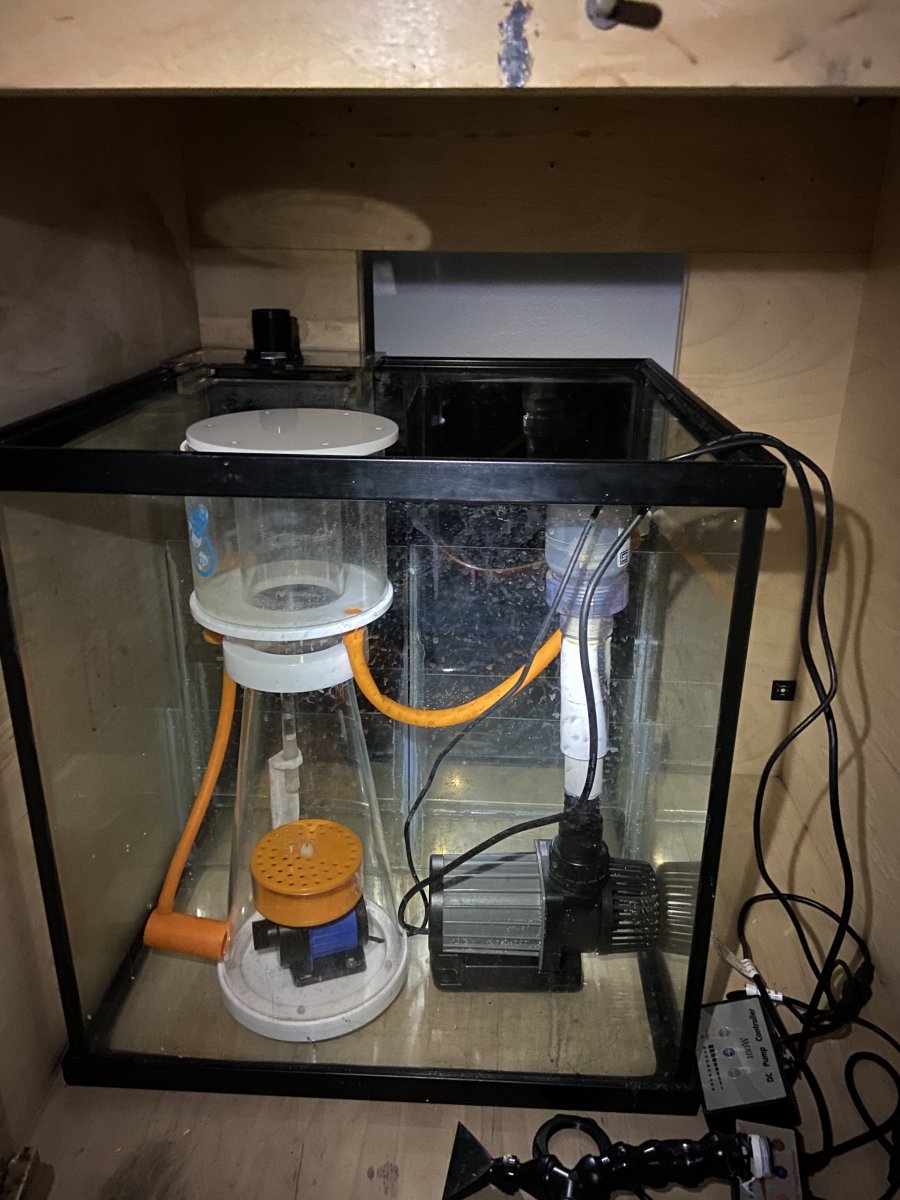 I want to mount the stock lights for the other tank inside the stand for the sump, I want to grow some chaeto.

The build has been super delayed by my lack of plumbing knowledge, and my other responsibilities. When I thought I finally had it down, one of my bulkheads leaks everywhere. I’m afraid for the well-being of my wood stand. The stand is a little difficult to work with, sturdy by narrow. 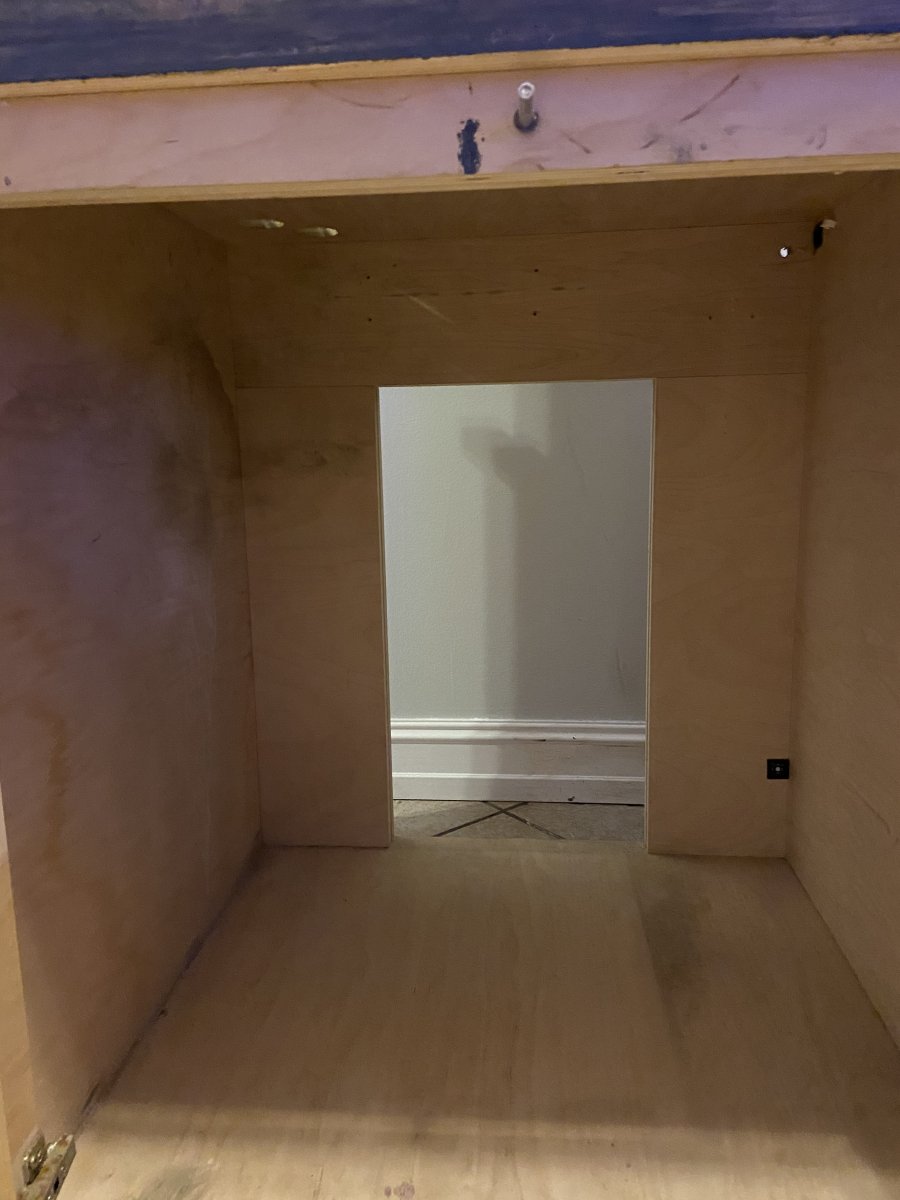 I attempted to stain the stand and it was chaotic, but we recovered. I made 100 stupid mistakes with plumbing which made me start over three times. I wish the finished product looked cleaner, but as long as it works it doesn’t have to be pretty.

To attempt fixing the bulkhead issue, I tried some exposy around the bulkhead and glass ( the leak is coming from the drilled hole not the actual pipes). Will try to add water again tomorrow, fingers crossed .

I can’t wait to start cycling this bad boy. I think my first fish in after my 24g inhabitants is going to be a blenny, or a yellow eye tang.
OP
M

For aquascape I’m thinking something like these pictures( none of these are mine, all came from Pinterest). 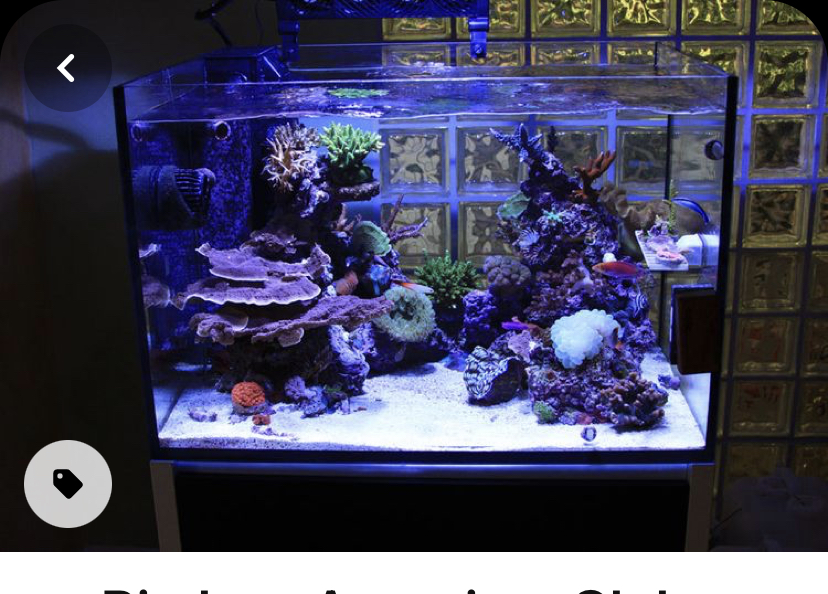 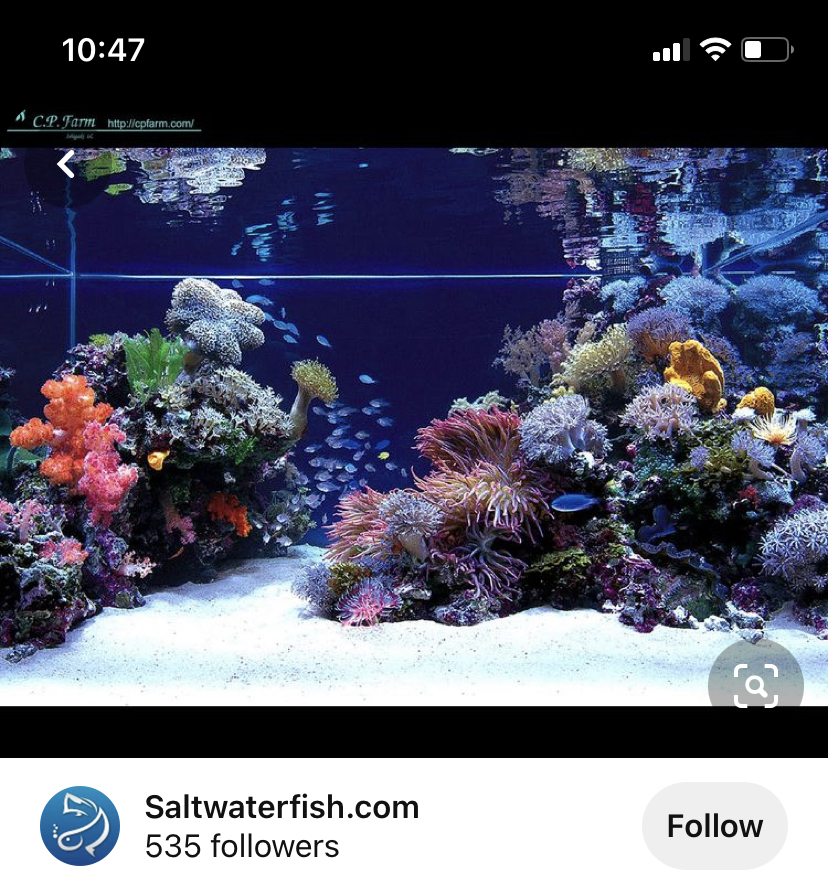 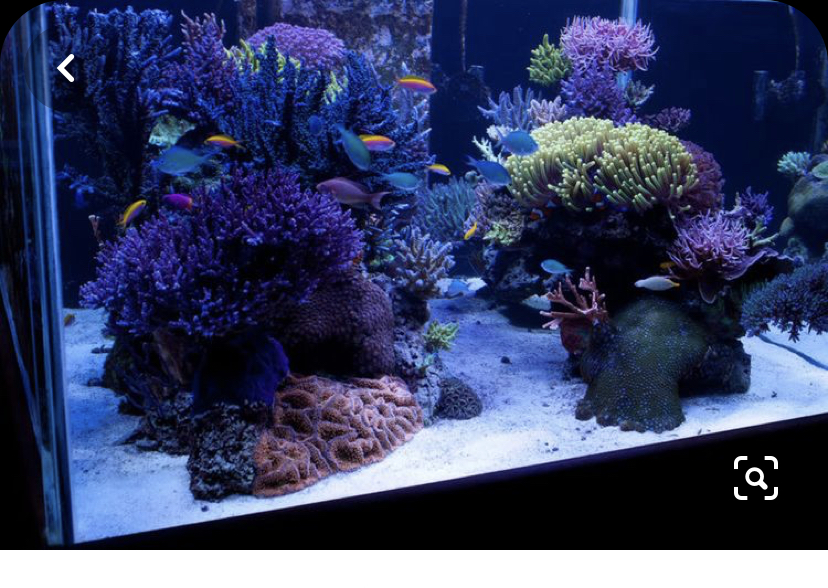 I am aiming for a mixed reef, mostly lps and mushrooms. From these pictures I like the rock structure, I like that individual island of rock with an open pathway sort of look. Mostly like that middle picture. Any suggestions ? My LFS has some Tonga branches that could also be interesting.
Last edited: Nov 5, 2020

WELCOME!! and congrats on the upgrade! you have some really nice ideas to go with. The only thing that sends up a red flag for me is : To attempt fixing the bulkhead issue, I tried some exposy around the bulkhead and glass ( the leak is coming from the drilled hole not the actual pipes). I would try and get to the bottom of this leak issue before anything else because the last thing you want is that epoxy letting go and it starting to leak from the bulkhead seal. I am NOT trying to scare you. I would make sure you have that issue fixed "for good" before I did much more. Otherwise you are looking good.
P

Congrats on the new tank!

Your first thing to do will be FIX THE BULKHEAD. If you don't find the problem, and fix it, and just go with the "good enough, it stopped for now" approach you're just asking for a nightmare later on.

It could be as simple as a new gasket, or a small piece of rock/debris got under the gasket.

Thank you both! So only the bulkhead for the drain was leaking, the return was fine. I cleaned and re-adjusted the bulkhead and thankfully it stopped the leak, but I am so paranoid about it that I still put a ridiculous amount of exposy around it.

I filled the tank for the first time today, no leaks anywhere else .

I’m going to let it run with tap water until tomorrow then empty it and fill it with RO/DI water.

I regret not spending the extra money on prettier pvc, should have also been a lot neater with the pvc cement... I really just wanted to get it over with. 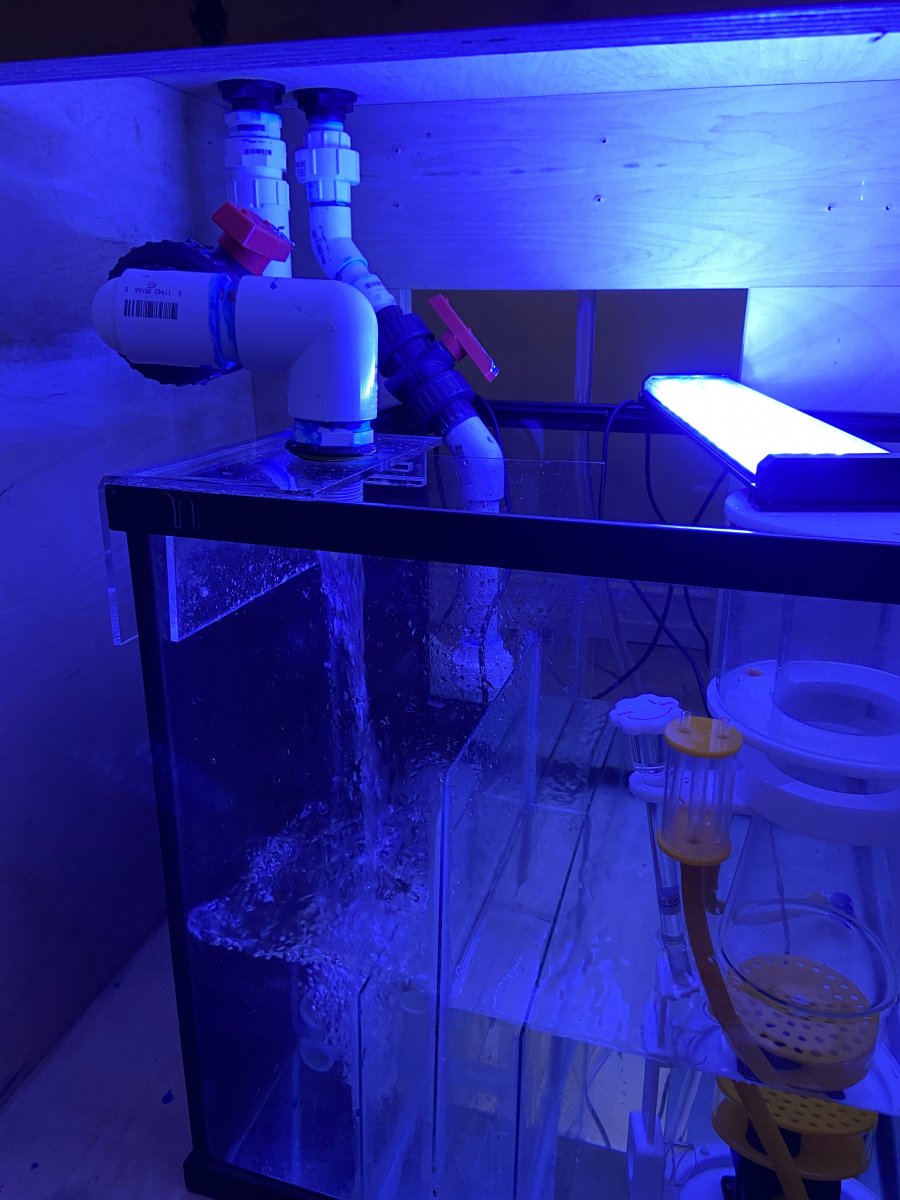 Working on mounting that light to the “roof” of the stand. Also want to add another glass devider to the sump so I can use a section as refugium.

Got a little excited buying gadgets and equipment off Amazon, haven’t even opened half of the boxes. 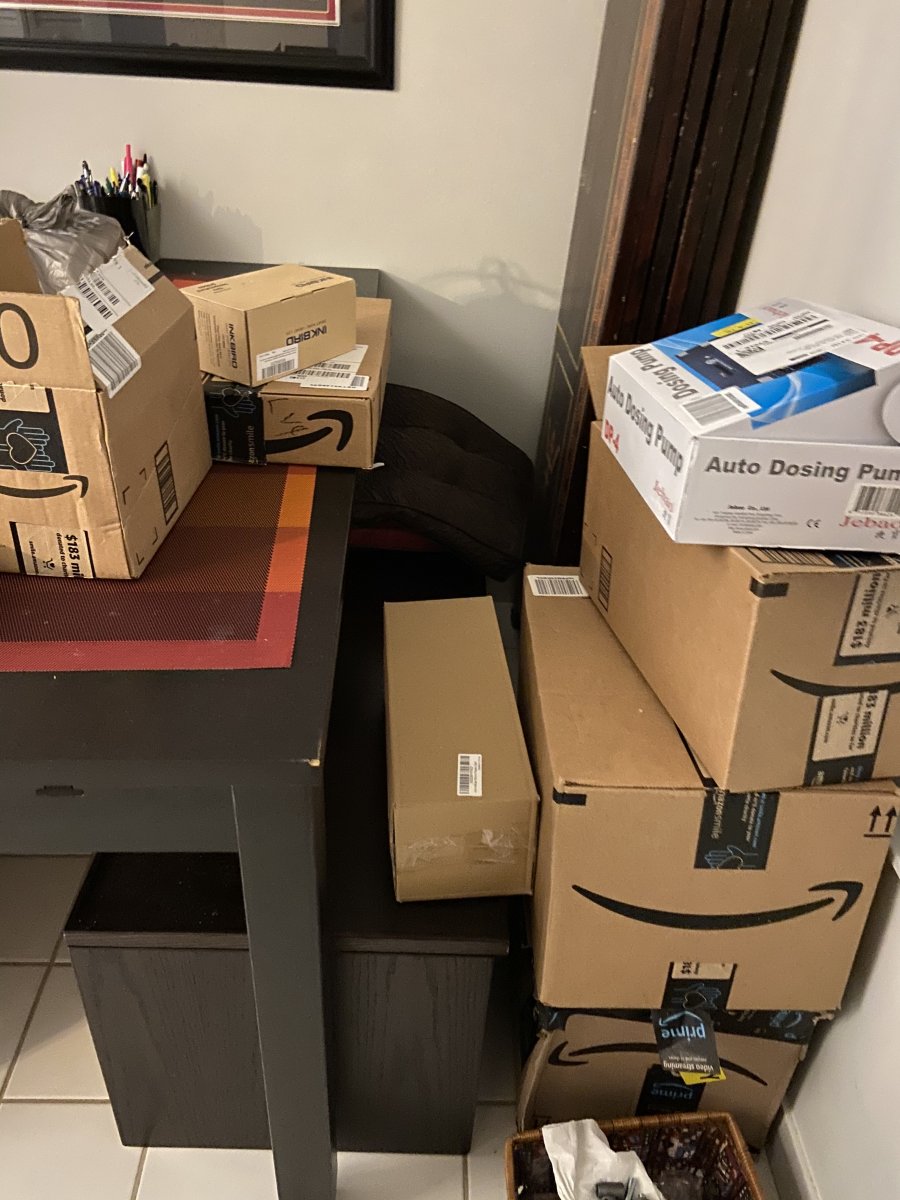 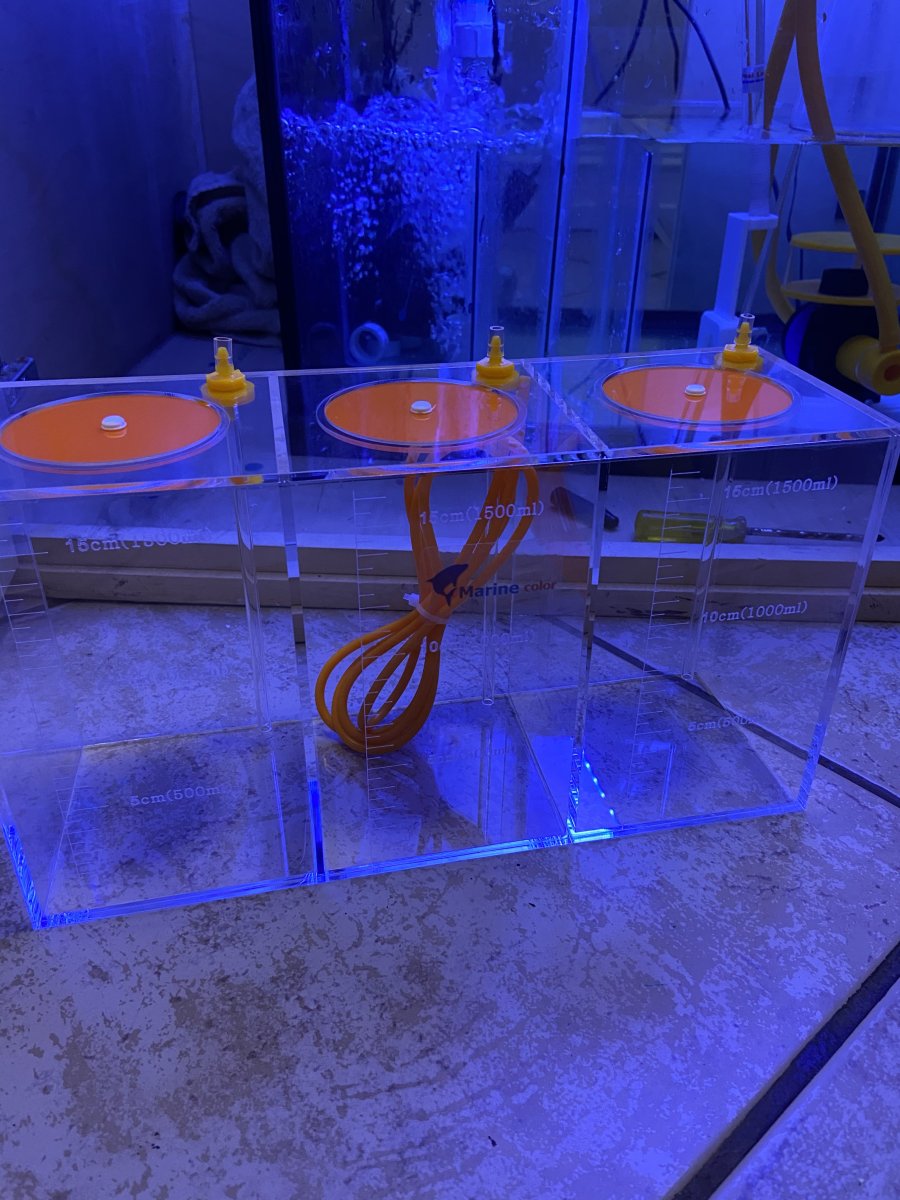 If your gonna add a refugium I would consider painting the glass dividers to help with light spill into other compartments. I made my own sump and seeing my light down there I'm starting to think that I should've done so.

Trevor Yayoshi said:
If your gonna add a refugium I would consider painting the glass dividers to help with light spill into other compartments. I made my own sump and seeing my light down there I'm starting to think that I should've done so.
Click to expand...

I did think about that, I am tempted to just buy one of the fancy sump / refugiums sold with the colored bafflers, maybe in the future. Does anyone know where I could get individual bafflers ?