My original plan for stocking my 125 gallon didn't work as planned so I'm trying to figure out another stocking list that would work.

I'm thinking about getting (higher on the list bigger priority)

Nothing is set in stone and would like any recommendations.

I would make sure the clown you get is smaller than the one you already have. They can get pretty aggressive to each other if they are the same sex.

If you decide on more than 1 tang, add them at the same time. It's kind of a gamble on if adding them separately will cause aggression. It really depends on how long the first tang has been in the tank to set up territory.

Yeah, they struck me as rather tiny fish for a big tank. I guess it’s all a matter of what you like. Reef or FOWLR?
OP

It's a reef tank.

Look at this list for a 80 G tank for ideas. Since this list - 4 new fish is added (2 mimic file fish and 2 midnight pygmy basslets and two new pipefish is in the refugium) and It is mostly small fish - but there is always action in this tank

i would get a flame angel. they have beautiful colors and they are hardy. mine doesn't touch the corals, but I have heard they do eat them. if you want a more reef safe angel get a swallowtail. 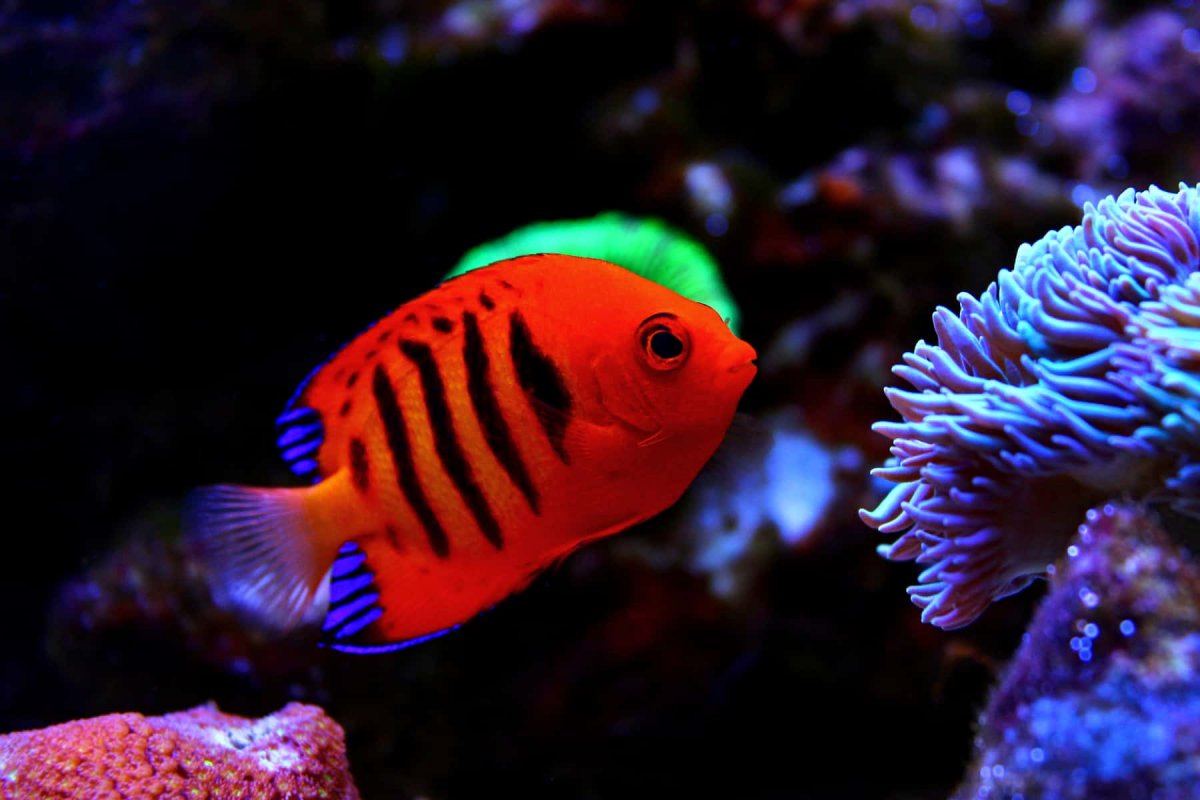 here's a picture of a swallowtail 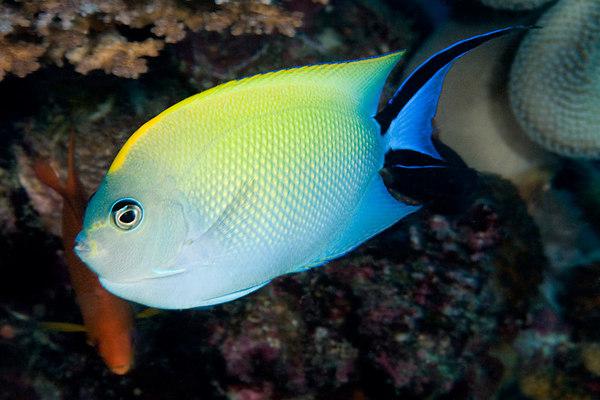 I wouldn’t do the Hippo in a 125. One or a pair of smaller Genicanthus IMO would be good (
and a pair maybe even a trio of Flames if the tank’s 6ft long. If you want a Cleaner Wrasse, best to get a captive bred one. ORA does them, maybe some others do as well. Biota breeds the Hawaiian species but not sure if they’re ever in stock. You could consider another Halichoeres wrasse, or a Leopard Wrasse (still not the easiest). Pair of Clowns always looks better than one IMO.

Jawfish is fine if can provide it with enough sand to make a burrow.

Sunburst Anthias is fine, some say they’re hard to feed though at first. If Biota breeds Borbonius Anthias again I’d be tempted to consider one of them.

A blenny of some kind, like a Midas or Starry Blenny (heard they can have issues with Bristletooth Tangs so if you want the White Tail I’d probably get a Midas).

If you are willing to pay and you’re willing to take a risk with corals, a Roaps butterfly (Burgess, Tinker’s, Mitratus, Declivis) would be an option. In the genus Prognathodes there’s also the Atlantic Longnose Butterfly that’s a small species. The Yellow Pyramid and Zoster are planktivores, a number of people have kept them with success in full reefs. If you are up for some husbandry challenges, a healthy Copperband could be an option. The Schooling Bannerfish (Heniochus Diphreutes) is another planktivore (Acuminatus is the more common one) but they’re not easy to find and I think they get larger than the others I’ve mentioned.

If you want a butterfly I’d try to establish it before any Tangs. I’d do no more than 2 Tangs in a 125 and nothing too aggressive or big / active, so Hippo’s out.

If you want a Mandarin I’d try to get a Captive Bred one that takes foods other than just pods. Many have mentioned the competition between Mandarins and wrasses that hunt pods, including Halichoeres like your Melanurus. I don’t know much about combining wrasses and Mandarins together so please ask the others.