Vermetid snail HOW to kill them help!

BTW - I think that there are a few different kinds of these. I have some, but they stay really small and do not really do any damage. I have friends with huge ones that do harm some coral. Mine never get big, so I wonder if they are a different type of Verm?

There are definitely different species. I had one big one, that shell was really hard to pierce as opposed to the little ones that break with a finger. The large one i tried jabbing pretty hard with a pair of of my aquatic scissors. Did nothing to it. I filled that one.

erk said:
I don't get all the hate for vermetids. I have tons of them. They are just part of the fauna that grow naturally in our tanks. They don't bother my corals. Don't really bother anything. I like them because they collect particulates in the water column and keep the water clean.

If you really want to get rid of them, then you need to reduce the amount of particulates in the water column. That means feed less more often. Reduce broadcast feeding and just target feed. Run a filter sock. Just realize that other flora/fauna; sponges, bivalves, pods, etc, feed on those particulates as well.

These worms are just one part of a larger ecosystem, and taking steps to destroy them will inevitably impact the rest of the system.
Click to expand...

They definitely irritate corals and even kill some.

psychobilly07 said:
They definitely irritate corals and even kill some.
Click to expand...

I understand that others have observed this behavior. I have not. Maybe I'm lucky.

This approach using coral snow is the best I have seen so far.

Not my pic / tank, but an absolute match. 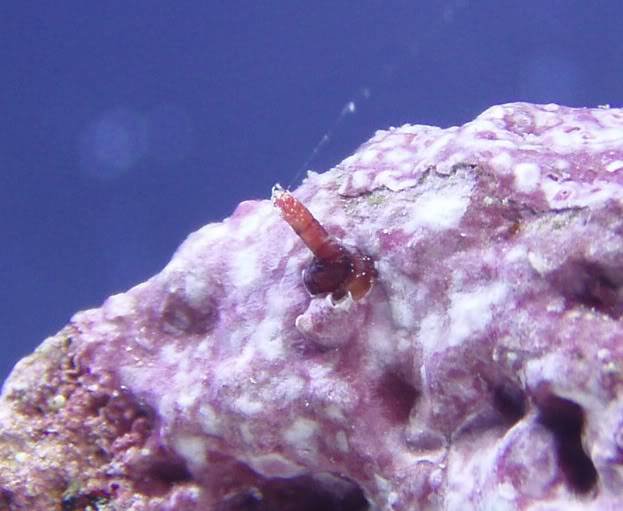 get a laser, seriously

Larry L said:
This approach using coral snow is the best I have seen so far.
Click to expand...

I'm 12 days into testing this using food grade CaCO3 but they aren't gone yet.

livingcolors said:
get a laser, seriously
Click to expand...

I am seriously looking into this. I have a 3 Axis Gimble I could mount it on with insane microstepping. This thing would be accurate as could be. I wonder if I can hook it up to a NVIDIA Jetson system with some Deep Learning code to auto identify them, aim, and fire.

Somehow I think an Artificial Intelligence / Computer Vision system plus a high powered laser on a gimble would be a bit overkill vs. forceps. It also might get me put on some kind of watch list, but whatever. Time to fire up autocad.

For those following on this thread, I'm going to call this a failure. 28 straight days of dosing CaCO3 and there are still plenty that are alive.

Brew12 said:
For those following on this thread, I'm going to call this a failure. 28 straight days of dosing CaCO3 and there are still plenty that are alive.
Click to expand...

Luke iskra said:
dang I’ve been picking mine off with a metal pick kill 20 get 20 small ones these things suck
Click to expand...

I'm not ready to say there isn't a way to use CaCO3 to eliminate them yet. Only that no changes other than daily dosing won't do it.
D

Additional question: I've just allowed mine to exist and they do help clean the sand but I didnt have many corals. I know they can annoy corals, but has anyone noticed any specific coral that doesn't take any **** from them by stinging them? They sting each other for turf so why not the sting the Verms? I ask because I mine exsist in a certain area and trying to decide what coral would be best to place nearby that area as I populate my tank.

I am wondering if there is not a wrasse or something else that would eat them when in their mobile stage. A small snail should be escargot for something.

Someone really needs to find a way to eliminate these things! I am using 100% new rock in my new build and throwing away 50 lbs of LR because its completely covered in vermetid snails. Going to try extremely hard to keep them out of my new system.

ReefSlice said:
Someone really needs to find a way to eliminate these things! I am using 100% new rock in my new build and throwing away 50 lbs of LR because its completely covered in vermetid snails. Going to try extremely hard to keep them out of my new system.
Click to expand...

Good luck! It's probably possible using very good QT systems and protocols but definitely not easy. I suspect they normally come in on snails or other CuC members. Otherwise, zoas and LPS would be another likely source.
C

I disagree with Reefbreeders here based on my personal experience.

I currently have a small colony of zoas that are surrounded by vermetids. The snails only release their webs when I stir up the sand bed, and even then the zoas are only mildly irritated despite being covered in webs. The zoas are multiplying normally and show no sign of tissue loss.

In my opinion it's not worth the headache of trying to get rid of them. Eventually they'll outcompete themselves and stop reproducing.

Brew12 said:
Good luck! It's probably possible using very good QT systems and protocols but definitely not easy. I suspect they normally come in on snails or other CuC members. Otherwise, zoas and LPS would be another likely source.
Click to expand...

Yup, definitely not looking forward to quarantining snails! But it must be done. Plan on getting most from algaebarn. It's funny, I live on the water in Florida and could get a lifetime supply of these snails down the street, but it's illegal to harvest any shelled critter here!

The suggestion of picking them off one-by-one, or superglue, or laser is just not feasible. If you've ever taken a rock out and seen the amount underneath in areas you don't see, you will never eliminate all of them. They were in my last tank before I upgraded. I made an effort at first to start my system all new , but there were several corals in my old tank that I wanted to move over, and scraped off as much as I could from their rock, but vermetids are in my new system now. Havent start multiplying yet. I never had a real issue with mucus with the old tank that had them, it made me think the amount of shells were abandoned homes and they just leave and build new ones. But it seems you can drive yourself crazy trying to stop them one by one.
H

Every reef tank I know that has been up for more than two years has vermatids. They always find their way in. Predatory fish can help, but sometimes they lose interest, like mine have. To manually go in and kill them is a losing battle. Filter socks have helped me in the past to severely reduce numbers, but my fish were also picking them off at that time. I stopped running filter socks because my corals like the particulate that is floating around.

I would imagine anything that can be broadcast throughout the tank will affect all filter feeding inverts. I don't think their will ever be something we can broadcast that will only target vermatids and nothing else.

I have had zoas/palys over grow some vermatids, which severely decreased their ability to feed. Eventually those did die. I try to eliminate ones that are visible and are affecting coral growth, leaving the rest alone.