So is this how candy canes self propagate?

This is a first for me. 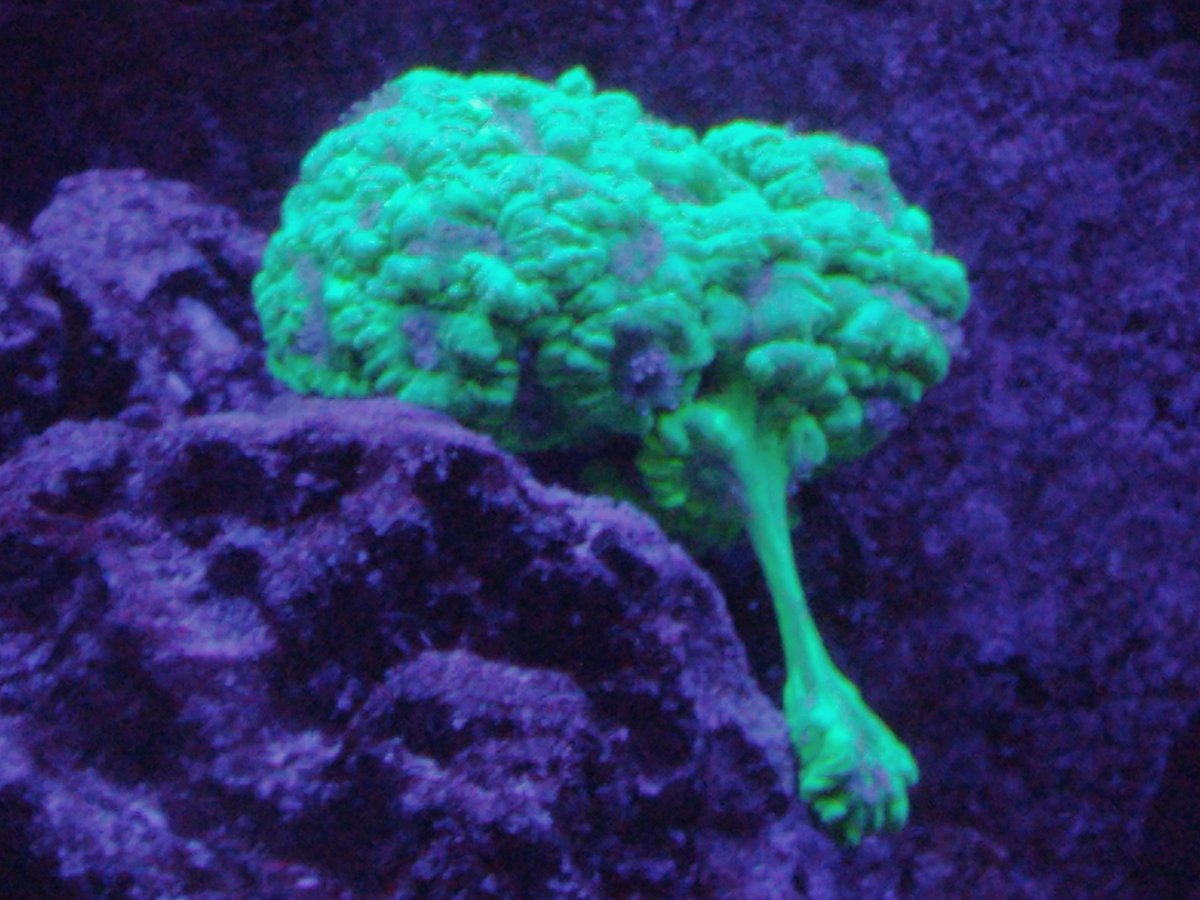 What is even happening here?!?

Reminds me of the wicked witch of the west... I've never seen a candy cane do that.

Is this perhaps a form of bailout? So strange!

rhostam said:
Is this perhaps a form of bailout? So strange!
Click to expand...

That's what I was thinking when I first saw this post.

rhostam said:
Is this perhaps a form of bailout? So strange!
Click to expand...

It looks like one of those sticky hands from the gumball machine you can throw and stick to walls and papers.
J

How long did it take to do this?
J

I have a favia that did this when it grew over the edge of a rock but it took months to get that far.
OP

jimk60 said:
How long did it take to do this?
Click to expand...

Maybe 2 weeks so far. It looks like it's starting to separate and when it flips over, it appears there may be a bit of a stony base forming. 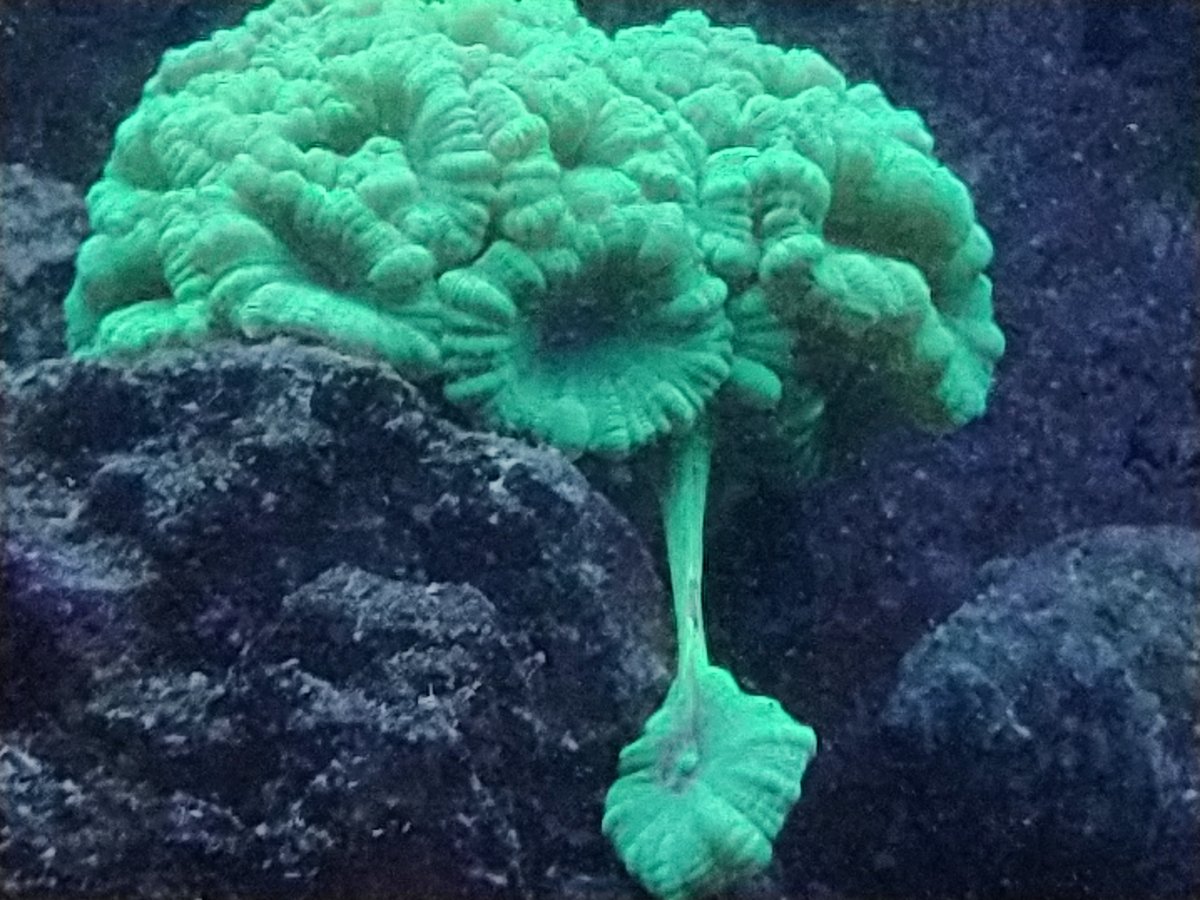 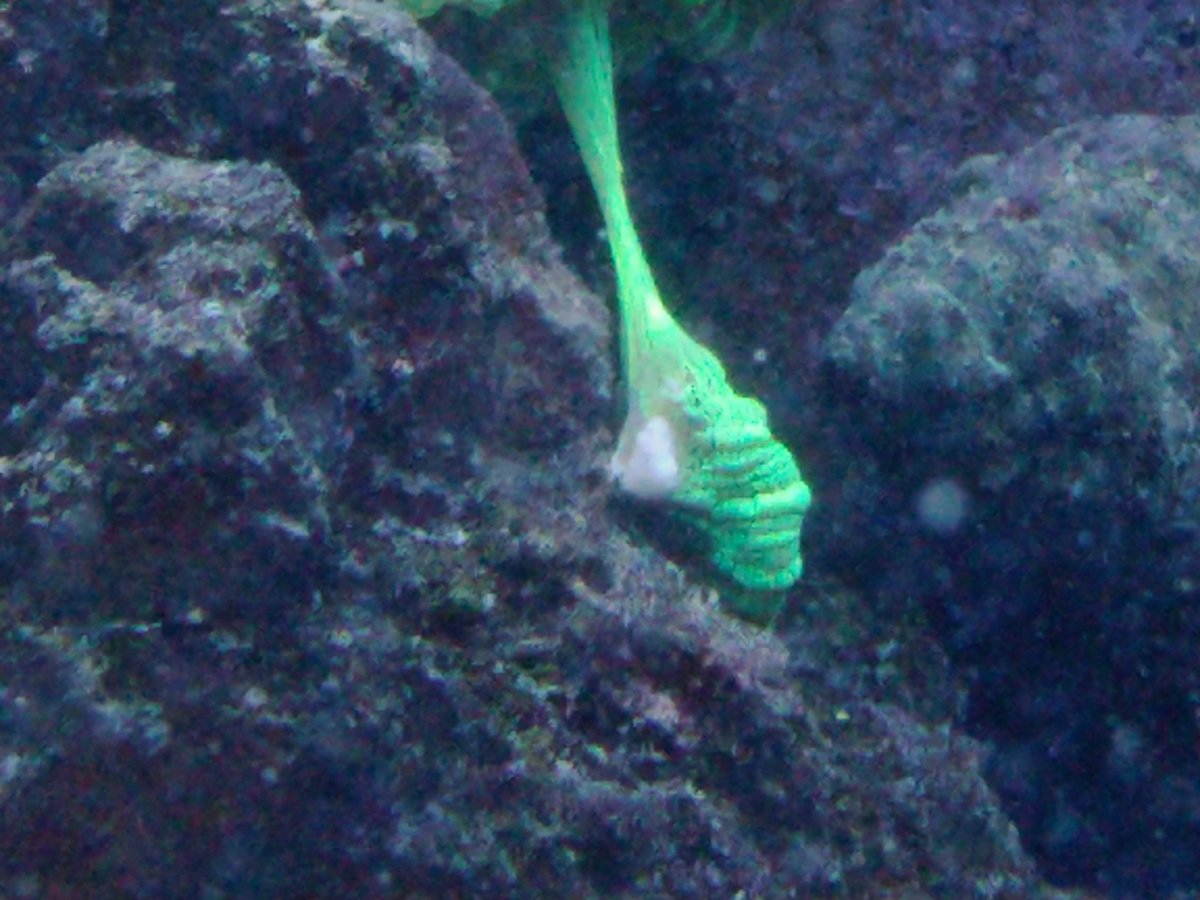 I just thought of something. Did a head break off by accident, maybe? Perhaps what we see is the head falling and stretching the skin with it?

Its kinda cool that this has been a day of this thread ( been following) and nobody can quite figure it out.... it's like your CC is saying 'oh yeah? Well I'm gonna go try this just to mess with everyone!'
Love it, CC looks plenty healthy meantime....
OP

rhostam said:
I just thought of something. Did a head break off by accident, maybe? Perhaps what we see is the head falling and stretching the skin with it?
Click to expand...

No, this head just slowly elongated and then started separating like this.

It's gone solo. We'll see what happens now. I have not fastened it down at all. 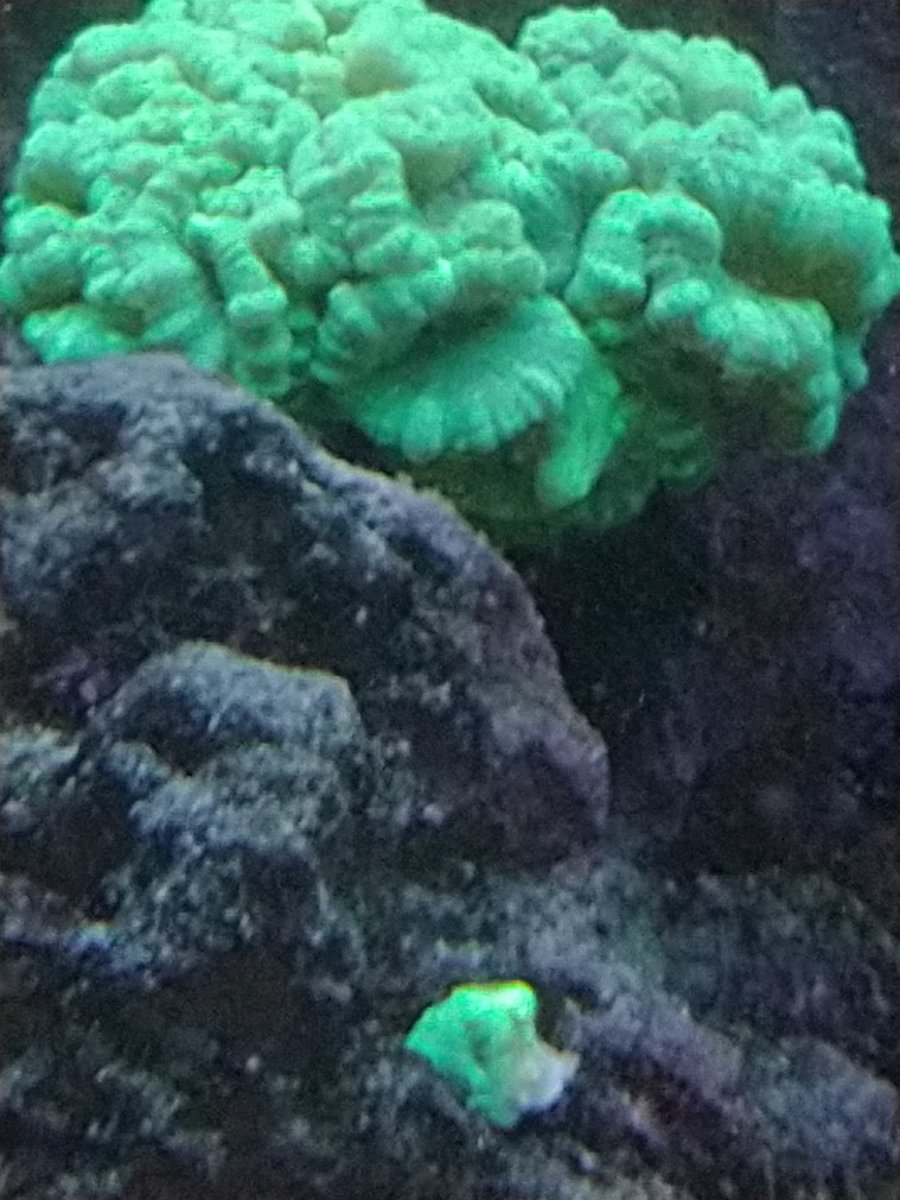 Never seen that personally from candy canes but it definitely looks like polyp bail out, imo it’s not necessarily a bad thing, I have a blasto colony that forces out polyps as it grows, usually 3-5 heads 1-2 times a year, I like it as it’s is free frags without having to cut anything up. A little stony base is on the polyps base that you just glue on a plug
L

My guess is nature at work. I hope you keep updating this thread, it’s very interesting

He’s the “1 out of 10 that prefer…” quick! Hurry and name it something new and add a price tag to your one of a kind frag.
OP

Update. The little guy made it and is already adding another head so I glued him to a frag plug. 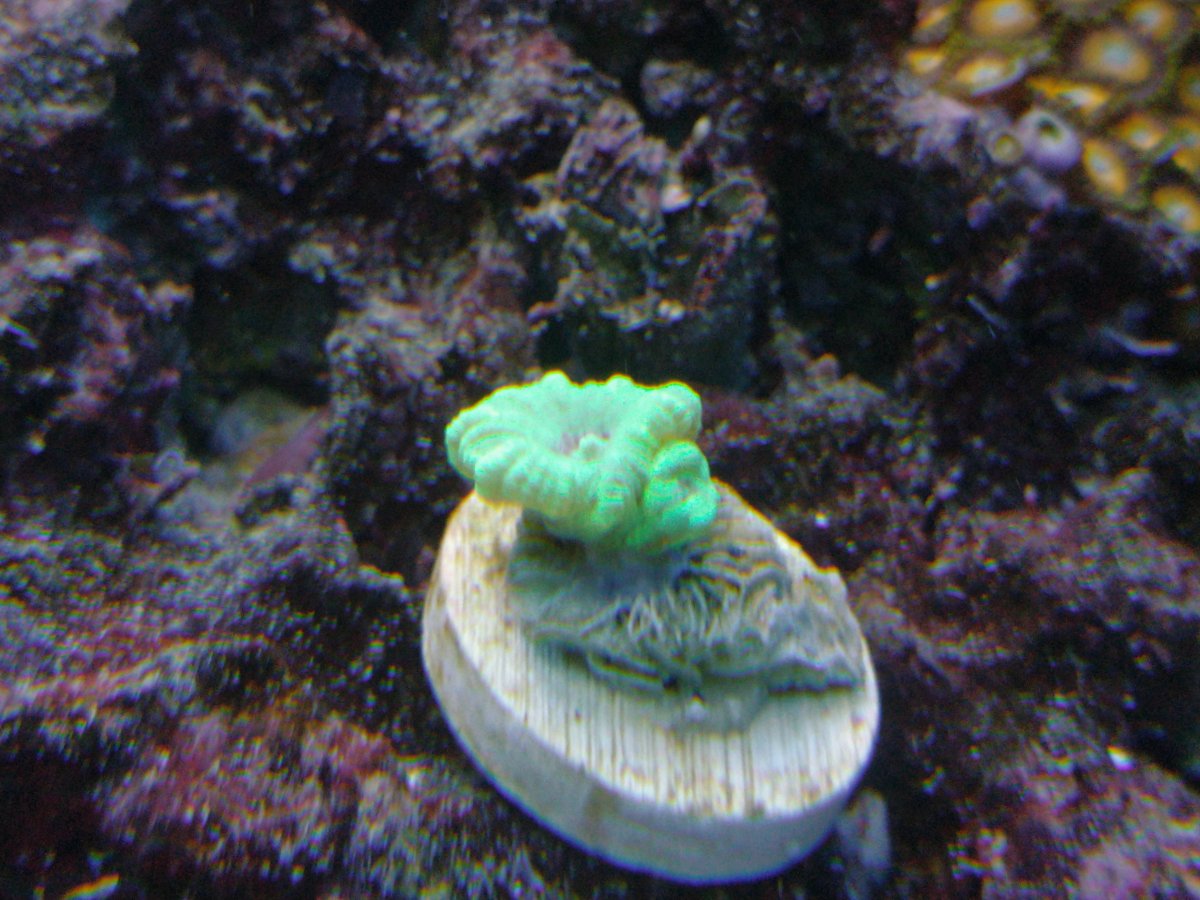